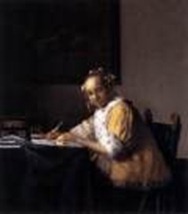 Thanks, Chrizette, for this opportunity to share a little bit about myself and my new book on your blog. My name is Sondra Allan Carr. I'm a writer from Lexington, Kentucky, an area that's famous for its horse farms, bourbon, and--I might as well say it, because a lot of people out there are thinking it--fried chicken.
This is an exciting time to be a writer, because the publishing industry is changing with breathtaking speed. More and more authors are turning down contracts from the big traditional publishing houses in order to publish online through venues such as Amazon.com and Smashwords.com. This gives writers more control over their work and, just as important, it gives readers more choice, because thousands of good writers have been rejected by the big publishers. Too often they're told it's because their work didn't "fit the mould."
Well, I'm willing to bet there are plenty of readers out there who don't fit the mould either. This is where the book bloggers come in. I like to think of them as online dating sites for books, people who have found their match and want to help their readers do the same. "Do you like fantasy? Science fiction? Teen vampires? Historical romances?" they ask. "There's someone I want you to meet..."

Speaking of historical romances, let me introduce you to my new book, A Bed of Thorns and Roses. 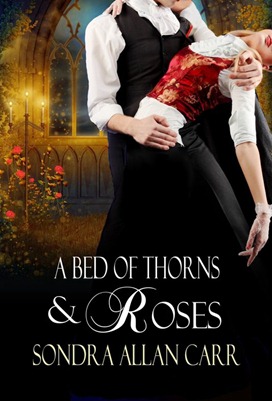 The story takes place during America's Gilded Age, in 1895 to be precise, and is my take on the classic tale of Beauty and the Beast. I chose that particular era because it was a time when women who fell outside the boundaries of the rigid morality of the day were ostracized by society. It didn't matter whether they jumped or were pushed past the limits, these women were often blamed for the crimes committed against them as if they had chosen to be victims. That was the case with my heroine, Isabelle, and explains the extreme shame she felt for what happened to her.

The following is a brief summary of A Bed of Thorns and Roses:

Heir to a wealthy robber baron, Jonathan Nashe had every advantage money could buy until a tragic fire left him horribly disfigured. Now he lives secluded in his isolated country mansion, finding what solace he can in his scientific research. Declining health eventually threatens to rob him of even this small comfort. Forced to choose between his work and his privacy, Jonathan reluctantly hires a secretary.
Victim of a brutal rape as well as her alcoholic father's emotional and physical abuse, Isabelle Tate long ago abandoned any hope of personal happiness. Instead, she focuses all her dreams for the future on her younger sister Jenny. When a handsome doctor unexpectedly offers her a position as secretary to his reclusive and wealthy patient, Isabelle sees the opportunity to make a better life for Jenny. She signs a contract binding her to employment for one year and, after a tearful farewell, leaves Jenny for her new home at Jonathan Nashe's country estate.
When he sees Isabelle alight from the carriage, Jonathan curses his friend Dr. Garrick. It had never occurred to him the doctor would hire a woman for the position. What would she do when she saw his mask? Probably run from the room screaming. At the very least, he will have to endure her revulsion.
Their first meeting is disastrous, to put it mildly. Even worse, Jonathan soon realizes that sacrificing his privacy is the least of his concerns; he never expected to sacrifice his heart as well.
Afraid of losing Isabelle, Jonathan proposes marriage, phrasing his offer as a business transaction, asking nothing more than her companionship. But Isabelle refuses. She guards the secrets of her past as vigilantly as Jonathan hides the scars beneath his mask. Will they confess their growing love for one another knowing that to bare their deepest feelings, they must also bare their deepest shame?

You can find Jonathan and Isabelle's story at Amazon.com and Smashwords.com.

You can connect with me online at http://www.facebook.com/sondraallancarr or http://twitter.com/SondraCarr.
I would love to hear from you.
Let me leave you with a parting question. Do you have a favorite book based on Beauty and the Beast?

Guys, Sondra has generously offered us a free coupon for her book on Smashwords -http://www.smashwords.com/books/view/63137 – just type in YX49B.
All we ask is that you leave a comment here saying that you will be reading A Bed of Thorns and Roses and then consider leaving a review on Smashwords and off course everywhere else too!  :)

Thank you so much Sondra!  I can’t wait to read A Bed of Thorns and Roses!  Beauty and the Beast type stories are a secret addiction with me!  I just love the romance of it!