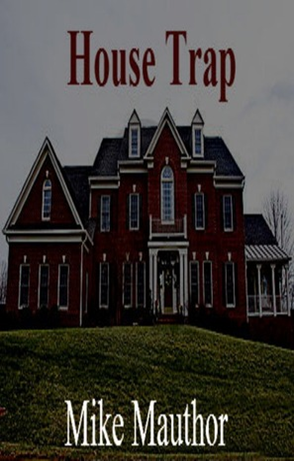 Mike, the author of Housetrap has agreed to give us a little insight into his life.  But before we get to all that stuff, here is the blurb of Housetrap on Goodreads:

Rachel Evans is a sixteen year old overachiever who would take nothing less than to achieve her goal of getting into Dartmouth College. But Rachel’s life would never be the same once she stepped into the house of Alicia Hausefalle, the most popular girl in Wedds High School. Rachel was there to tutor her. She never expected to meet two strangers who were ready to end her life.

Mike, tell us, when did you start writing?

Around the fourth grade, I remember reading a fairy tale (don’t remember what it was called) and it got me to write my own book but mine was based on reality. I don’t remember the details but all I know is that it was about a couple with their newborn baby and how they were starting their life. However, I remember feeling excited when I completed it. So that’s what got me to start writing.

How long does it usually take you to write a book?

It depends.  With a short novel it usually takes two months if I’m really working on a daily basis.  Novels usually take a year or so.  House Trap took a while longer because I put it aside to concentrate on school duties.

What inspired you to write this book?

What inspired me to write House Trap was that I wanted to write a good thriller.  I just thought of an idea on what would happen if a teenager was trapped in a house with a stranger or two without any escape. What would she go through, how could she escape from them? What would these strangers do if they got her? Why would these strangers want to get her in the first place? More questions erupted from that little idea and the story took form and took me to places that I never imagined.

How does a typical day in your life go?

Sleeping, waking up, going to work, watching television, hang out with love ones and doing the cycle  all over again. My life isn’t really interesting. It’s quite mundane.

LoL – that’s what we do too!  Sometimes mundane is what we need!
What is the hardest thing about being an author?

Writer’s block. Sometimes I have absolutely nothing to write about. It’s really frustrating when you want to finish writing the book in a specific date and you don’t have anything to write.  House Trap, for instance, I had no idea how the climax would end when the antagonist confronted Rachel who was in really bad shape. I literally didn’t know how it would end as I pondered and pondered for days till I decided to write from the heart.  The character wrote themselves as I decided not to do an outline.  The character wrote themselves (not literally of course) but they somehow told me on how the showdown should end. Overall I thought it was really good. Some people might not like what occurred but this is how the story wrote itself.

I have heard that a lot that characters just seem to demand a certain path even if it is not the one we want.  :)
Do you hear from your readers much? What do they say?

Yes I’ve heard from them and they usually ask what my next book would be that why I created a special section in my blog (novelpro.weebly.com) called “Projects” this gives my fans a sneak peek of my upcoming books.

Who are some of the authors that inspire you?

I’ve to say that the first author to have me reading like crazy is R.L. Stine.  His fear street series got me hooked as well as his Goosebumps series although his fear street series were slightly better.  Scott Smith the author of The Ruins and A Simple Plan. Michael Crichton, his plots would get anyone hook on his stories. Jerry Spinelli knows how to write the life of an adolescent child. Lois Lowry with “The Giver” which should be read by any and every one. And of course J.K. Rowling for creating wonderful characters. I think her characters are the reason the books are so successful.

What is in your own TBR pile?

Thank you, Mike – we loved hearing more about the man behind the book!