Shaun, the author of THE KULT (soon to be a movie we hope!) joins us today for our author interview.

Let’s get to know him a little better. 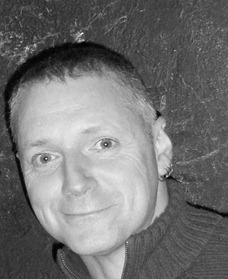 Author bio:Shaun Jeffrey was brought up in a house in a cemetery, so it was only natural for his prose to stray towards the dark side when he started writing. He has had four novels published, 'The Kult', 'Deadfall', 'Fangtooth' and 'Evilution', and one collection of short stories, 'Voyeurs of Death'. Among his other writing credits are short stories published in Cemetery Dance, Surreal Magazine, Dark Discoveries and Shadowed Realms. The Kult was optioned for film by Gharial Productions. 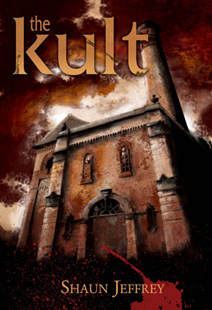 Goodreads blurb:People are predictable. That's what makes them easy to kill.

Acting out of misguided loyalty to his friends, police officer Prosper Snow is goaded into helping them perform a copycat killing, but when the real killer comes after him, it's not only his life on the line, but his family's too. Now if he goes to his colleagues for help, he risks being arrested for murder. If he doesn't, he risks being killed.

Shaun, when did you start writing?
I started writing when I was at school. LoL. Seriously though, with regards fiction, I started writing stories about twenty six years ago, but I did stop for about six years due to work commitments which involved driving to and from work, a round trip of 110 miles a day that left me too tired to write.

You can tell me nothing about long commutes!!  LoL

How long does it usually take you to write a book?
It varies, but on average it takes me about six months to write a first draft, and then a lifetime to keep improving it.

Do I detect a perfectionist in there?

What inspired you to write this book?To be honest I never really know what inspires me to write anything. Sometimes ideas pop into my head, and if I think there might be something in it, I start jotting down a few notes then I just start writing. The Kult actually started out as a completely different book to how it ended up but I think it all worked out in the end.

What kind of research did you have to do?
The old adage goes, ‘Write what you know’. Well The Kult is about a serial killer, so to research it I had to go out and kill a lot of people. Believe me, it was messy and I was lucky not to get caught. OK, maybe I didn’t really do that (or at least I’m not going to admit to it), but to research for the book I had to delve into the world of killers by reading a lot of books about them to try to get inside a killer’s head as much as I could. And believe me, it’s a scary place to be.

Goodness, you nearly gave me a hot flush!!  LoL  Thought for sure I would have to cancel our interview!  :)

I love the eerie cover - who designed it?The book started out as a paperback that was published by a small press publisher that’s sadly now folded. The original cover was done by an artist called Daniele Serra. The current ebook cover was one that I purchased from Dara England.

What is your next project?I’m preparing the release of another book featuring the protagonist from The Kult, Prosper Snow entitled Killers. I’m also working on another book that’s completely unrelated. After that I would like to write another Prosper Snow novel, but I guess it depends on what sort of reaction the second book receives. As The Kult has now been filmed by an independent production company, I’m keeping my fingers crossed that when/if it gets released, it helps draw a little more attention to the books. There’s a trailer on Youtube for anyone interested:

How does a typical day in your life go?
A typical day consists of getting up, eating breakfast, checking my emails, procrastinating, procrastinating some more, then I might go for a jog or the gym. I work shifts as a signalling and telecommunications engineer, so when I’m on an early shift it’s straight to work, but then the checking emails etc., starts when I get home. I also check to see if any kind soul has purchased a copy of my book(s). Then in the evening my son and I go to Tae Kwon Do lessons a couple of times a week. Sometimes during a day I even manage to write a few words.

Procrastination is my middle name – I am the queen!

What is the hardest thing about being an author?
Writing. Plain and simple. It’s not easy to put together a series of words that makes some sort of sense, and in a fashion that people would want to keep reading.

Do you hear from your readers much?  What do they say?
I don’t get much reader feedback directly, and the only things I usually see are regarding my work is in the form of either good or bad reviews. Luckily, most of the reviews are good, but obviously you can’t please everyone, so bad reviews appear too from people that don’t like my work. But I appreciate the time anyone takes to write a review, whether good or bad.

That is a good attitude to have.  Not everyone can like the same thing – just think how boring life would be!  I admire authors, sometimes they have to have such thick skin.  I would never be able to do it!

Who are some of the authors that inspire you?As I know how hard it is, anyone who can finish writing a book inspires me. But some of my favourite authors are Graham Masterton, Stephen King and Richard Laymon.

And your own TBR pile?
Man, I have a huge TBR pile but there’s an assortment of books from the classics to completely new books. Most of them are in the horror/thriller/dark fiction category. Now that I have a Kindle, I seem to read more than I used to of late, but I still find it hard to find the time so my TBR pile just seems to keep growing out of control.

Shaun has generously offered us a free eCopy (mobi or PDF format) of The Kult.
Just leave a message in the comments and I will draw a lucky winner on 04 October 2011.


Thank you for joining us today, Shaun and we wish you much success with your books (and movies) in future!
Posted by Unknown at 05:14