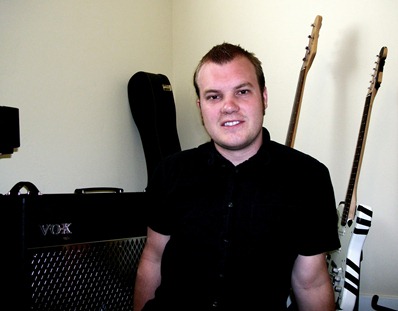 I grew up in Magna, Utah with four brothers and one sister. Reading was never something I was interested in. I survived English classes with cliff notes and a sense of humor.
My real passion was music. I started writing music at 15-years-old. Lyrics were my first real attempt at creative writing. I learned how to tell stories, and hide messages into a three-minute song, and I got good at it. But as I grew older, thee minutes didn't seem like enough time to tell a story.
After high school, I flew to Detroit to serve a mission for The Church Of Jesus Christ of Latter-Day Saints. During the two years I lived in Michigan, I gained some extraordinary experiences, and met some extraordinary people. It was an adventure in one of the most dangerous cities in America. I witnessed hard times, drive-by shootings, lives ruined by drugs, and amazing people who had the ability to rise above all the challenges Detroit placed before them. Everyone had a story to tell.
It wasn't until I started college that I started reading just for the fun of it. Dystopian literature was, and still is, my favorite. Comic books are another favorite of mine. They are just another medium to tell a story. The books I read really got me thinking. I started to come up with my own ideas, and that's when I decided to start writing.
I've worked a wide variety of jobs. Everything from teaching per-school to working in a where-house, to graphic design. Now, writing, my wife and little boy are my first priorities.

That is really quick!  What inspired you to write this book?
The idea for "The Cause" started when I read the short story by Ursula K LeGuin called "The Ones Who Walk Away From Omelas". It's a critique on the philosophy that majority rules. That it's ok for one person to suffer if it means that the masses can live happily. It's really interesting.
I took this idea in another direction. I created a utopian city that provides everything a person could ever want. The problem is that some residents are asked to do awful things in order to keep the city perfect. The city outlaws negative emotion, particularly guilt. I found the idea fascinating. What would it be like to live such a place? I liked the idea of a rebellion and all the problems that would cause. The idea snowballed until it became "The Cause".

What kind of research did you have to do?
The story called for a lot of creative war tactics. I learned how to make Molotov Cocktails, and how to use C4 explosives. A lot of my research lead me back to World War 2 and the methods people used to resist. I went to school for mass communication, so a lot of study on propaganda helped out too.

Really?  You learned about bombs and explosives!

How does a typical day in your life look?
I wake-up around 7:30. I write best in the morning, even though I'm not a morning person. I get as much done as I can until my five-month-old son wakes-up. I feed him, then we play for a while. When it's nap time for him, the work really starts. I usually write for 2-3 hours a day. I use to write for longer blocks of time, but I've noticed my quality of writing dives if I write too long. In the afternoon, I work on marketing or writing short stories to keep my chops up.

What is the hardest thing about being an author?
As a new author, I have to have a lot of faith in my stories. I spend months on a project, and I always worry nobody will like it. I've never gotten paid an advance for any of my work, so it can be scary. Besides the fear factor, I love everything about writing and publishing my work.

Do you hear from your readers much?  What do they say?
I've gotten a lot of positive feedback from readers. Though, I haven't been around for very long in the world of fiction, I have a small following from my short stories. Most people like to speculate about my stories. "I bet this will happen next..." that type of thing.

Who are some of the authors that inspire you?
Richard Matheson really got me into loving fiction. And Cormac McCarthy's writing is so beautiful. It's amazing how he can write some of the most violent things I've ever read with all the prose of a poet. More recently, Amanda Hocking and John Locke inspired me to just go for it.

Clint, I just love this trailer! 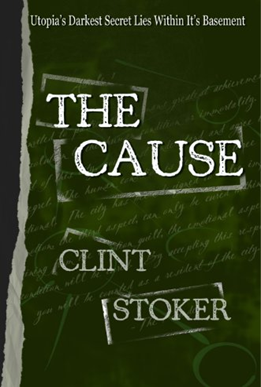 The only way to fix the system is to break it.
Long after the government falls, one city is founded in it’s place. Residents of the city are granted bodies that never age or grow tired. During the day, residents work to reach new potentials and, since sleep isn’t needed, celebrate all night. But living in Utopia does have a catch.
Guilt is a crime punishable by death.
Air Dressler’s new job description lands him on the city’s firing squad. He finds it impossible to enforce the law without breaking it himself. Through long-forgotten memories and a group of reluctant rebels, Air learns how to break the city. But if he is really going to carry it out, he will have to choose between friends and ideals all the while fighting his own guilt.

Thank you so much for your time, Clint!  It was great getting to know the guy behind the book cover. :)
Posted by Unknown at 06:51