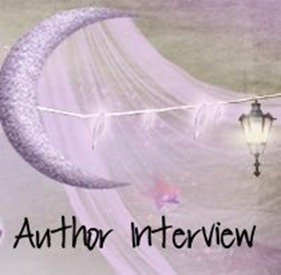 Today we meet Miles Cressman, author of The Dream Metropolis.  So without further ado, I will hand on over to Miles to tell us a little about himself.

Author bio: I was born in Pinetop-Lakeside, Arizona to two creative musicians living in a cabin in almost the middle of nowhere. At about the age of two, we moved to Portland, Oregon where I lived all the way through high school. I used to be an incredibly shy kid, and I never made many friends when I was younger. I went to Benson Polytechnic in Portland, a high school that specializes in allowing kids to learn skills in the automotive, drafting, electronics, computer programming, and multimedia communications industries, alongside health occupations. Computer programming at first intrigued me, and it was my high school major all four years. It wasn't until my final year that it began to leave a sour taste in my mouth, and my love for English appeared to fill in the gap. 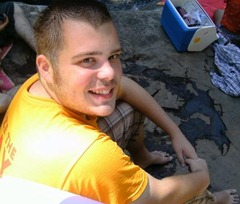 ot wanting to leave the state, I enrolled in the University of Oregon in 2007 where I've since graduated a few weeks ago with a B.A. in English and a Minor in Anthropology. The college experience is what propelled me to write. I've met so many different types of people of varying backgrounds and personal histories that I felt that I wanted to capture their uniqueness in stories and characters. Not only did college open me up to the wide world of socializing and creating a large network of friends, it also convinced me that writing and literature are two cornerstones of my life that should never disappear.

Goodreads Blurb:
In a city of dreams, the dreams themselves create another reality divorced from our own. For a few individuals, coping with their real lives bleeds into the city itself, twisting and distorting it. They do not know that they dream of each other, their imaginations intertwined.

Unbeknownst to them, they are a part of a project that attempts to create a whole new reality, built from their limitless dreams and imagination; it is an attempt to separate mind from body forever.

But what would happen if one of them wanted to wake up?

Doesn’t that sound fascinating?  And what a cover!  Let’s talk a little more to Miles.

Miles, when did you start writing?
I started writing when I was about eighteen years old, though I had dabbled when I was much younger. The Dream Metropolis, however, was a book I began work on during NaNoWriMo 2010, actually, and went under many edits until I was fully satisfied with it in late July of this year. I have, however, caught even a few more little issues in going over the novel in preparation for its paperback edition which is due out soon.

Wow, I have heard some wonderful things about NaNoWriMo!  How long does it take to usually write a book?
The Dream Metropolis took almost a year, but I've worked on two other books beforehand that also took about a year a piece. Those books are not gone forever, they are merely dormant for now until I feel like they could actually work as a decent novel. I am actually very new to working on novels consistently, I've mainly focused on short stories for the past few years. I guess you could say this is my novel writing phase.

What inspired you to write this book?
When I first watched Inception, I was fascinated by the idea of dreams creating new realities. The movie faded from my mind for a time until I had a very vivid dream where I had created my own version of that film, but with much more depth than that movie touched upon. I also am fascinated by Dreamtime mythology in Aboriginal societies as well as the constantly reappearing duality that shows up in all human literature, the mind versus the body. I wanted to incorporate all of these ideas into a single identity, and I have only just started doing so with The Dream Metropolis.

There are so much about dreams that we still need to discover.   What kind of research did you have to do?
I did extensive research on how dreams affect people's construction of their real lives, as well as Dreamtime and how it factored into Aboriginal rituals and society. There is the fundamental idea in Dreamtime that when we sleep we connect with the gods themselves, and I wanted to make sure my novel touched upon that idea in some tangible way.

I love the cover!  Who designed it?
I have a fellow friend at the University of Oregon (who is an art major and graphic designer), where I recently graduated, who offered to do the cover for a very low price and a percentage of the sales. Needless to say, I am enamored by the cover and will be asking for his help on all subsequent novels I release.

What is your next project?
I am currently at work on The Dream Cosmopolitan, the sequel to the Dream Metropolis. The work is substantially larger with a much grander scope and I have a feeling it is going to test me in ways that I hope I'm ready for.

What is a typical day in your life?
I'm currently unemployed, so imagine a college graduate constantly scouring for work so he can pay the bills and keep on keepin' on. That's how it is. Oh, and I guess I write, too. Other than that, I occasionally hang out with friends and knock a few back at the local bars. I don't live a very interesting life, but I try to make the most of it.

Hey, having a writer’s life is always interesting!!  What is the hardest thing about being an author?
Writing the next book. Other authors can definitely attest to the trials and tribulations that involve making sure that you always have a new work being published. Especially in the realm of self-publishing, you have to constantly be writing or you will simply make it nowhere. However, I know it will be worth it in time. I just kind of wish it was more 'now' rather than 'later'.

Do you hear from your readers much? What do they say?
I've actually not heard a lot from my readers yet, most are still reading it or haven't bought it yet due to not having Kindles. I have one reader who commented that he loved all of it, and two others who found TDM's characters interesting and the plot coherent and engrossing. That's good enough for me, especially since it's my first novel and the sequel is already looking better in multiple ways.

Who are some authors that inspire you?
Currently Mark Z. Danielewski, author House of Leaves and Only Revolutions, is my main inspiration in that he plays with style, grammar, and text formatting in ways that absolutely blow my mind. Only Revolutions, for example, is a testament to postmodernism and how the future will only lead to even more radical, envelope-pushing ways of delivering a story.

What is your own TBR pile?
I wish I could say, I've spent so much time writing recently that I haven't had much time to read! It's honestly depressing me. Currently, I'm working through Ilium by Dan Simmons, a novel about the Trojan War taking place in the far-flung future, and Forever Peace by Joe Haldeman, the spiritual sequel to The Forever War, about humanity fighting wars through automated robots called soldierboys.

Thank you, Miles.  It was fun talking to you!  Here are some of the links if you want to get in touch with Miles.