I have decided to give myself a reading goal of 5 books to read each month.  These are 5 books that I HAVE to read, any others read will just be gravy . . . :) (I just love all these crazy expressions!)
The reason I am starting with such a low number (and making it a public goal) is just to motivate myself to get reading again - the whole week has passed without a sentence being read! (the horror!!)

So here is my first five books . . . any of them on your TBR piles? 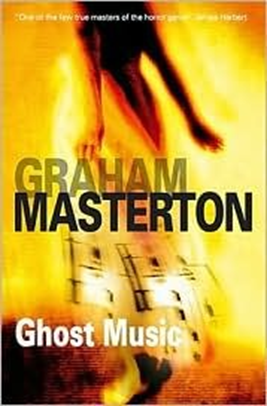 Goodreads blurb:  The dead cant seek justice can they? - Gideon Lake, a successful composer, is immediately smitten by Kate Solway, who lives below him. They begin a passionate affair, and Kate invites him to Europe so that they can be together without her husband finding out. But when Gideon witnesses all kinds of strange and terrifying events, he soon realizes that nothing in Kates world is what it seems. Gideon must work out who, and what, Kate really is, and what she wants from him . . . 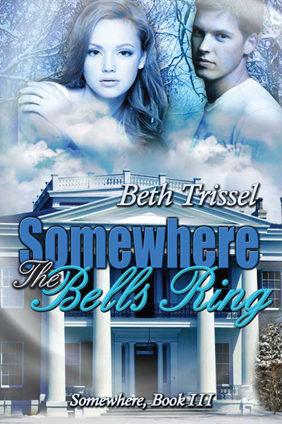 Goodreads blurb: Caught with pot in her dorm room, Bailey Randolph is exiled to a relative's ancestral home in Virginia to straighten herself out. Banishment to Maple Hill is dismal, until a ghost appears requesting her help. Bailey is frightened but intrigued. Then her girlhood crush, Eric Burke, arrives and suddenly Maple Hill isn't so bad.
To Eric, wounded in Vietnam, his military career shattered, this homecoming feels no less like exile. But when he finds Bailey at Maple Hill, her fairy-like beauty gives him reason to hope--until she tells him about the ghost haunting the house. Then he wonders if her one experiment with pot has made her crazy.
As Bailey and Eric draw closer, he agrees to help her find a long-forgotten Christmas gift the ghost wants. But will the magic of Christmas be enough to make Eric believe--in Bailey and the ghost--before the Christmas bells ring?

Received from The Romance Reviews 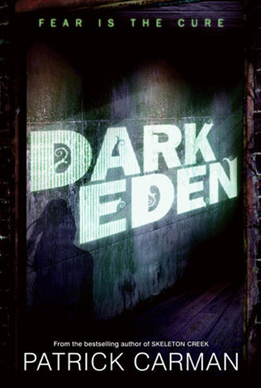 Goodreads blurb:  Fifteen-year-old Will Besting is sent by his doctor to Fort Eden, an institution meant to help patients suffering from crippling phobias. Once there, Will and six other teenagers take turns in mysterious fear chambers and confront their worst nightmares—with the help of the group facilitator, Rainsford, an enigmatic guide. When the patients emerge from the chamber, they feel emboldened by the previous night's experiences. But each person soon discovers strange, unexplained aches and pains. . . . What is really happening to the seven teens trapped in this dark Eden? 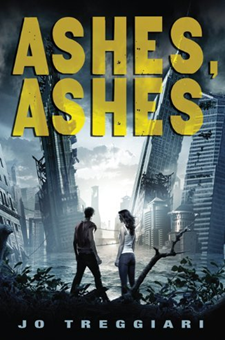 Goodreads blurb: A thrilling tale of adventure, romance, and one girl's unyielding courage through the darkest of nightmares.

Epidemics, floods, droughts--for sixteen-year-old Lucy, the end of the world came and went, taking 99% of the population with it. As the weather continues to rage out of control, and Sweepers clean the streets of plague victims, Lucy survives alone in the wilds of Central Park. But when she's rescued from a pack of hunting dogs by a mysterious boy named Aidan, she reluctantly realizes she can't continue on her own. She joins his band of survivors, yet, a new danger awaits her: the Sweepers are looking for her. There's something special about Lucy, and they will stop at nothing to have her. 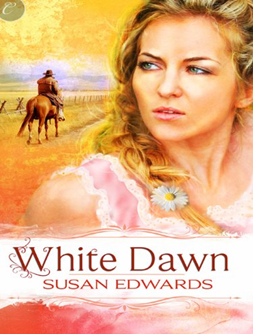 Broken-hearted and abandoned in the wilds of America's untamed West, sixteen-year-old Emily Ambrose is rescued from certain death by solitary trapper John Cartier. Though she's learned the hard way not to trust any man, she can't help but feel safe with the kind stranger.

John can't imagine anyone willingly letting Emily go. Her strength and beauty call to him, but it is clear her wounded heart needs time to heal, and he won't settle for just her body. He vows to return Emily to civilization—and to resist the desire growing between them, unless she turns to him out of love.

Emily is drawn to her rugged but gentle rescuer, and begins to feel the passion that a woman can feel for a man. But she can't embrace a future with John as long as she's haunted by secrets of the past...