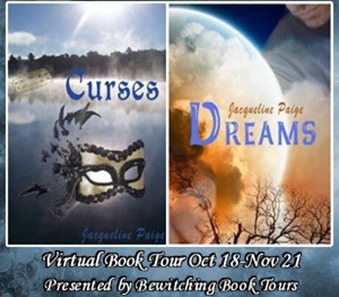 More than just a cover (Guest post by Jacqueline)
I love book covers, it’s one of my favorite steps to seeing one of my books published.

For me it all becomes real when the artist takes the picture out of my head, makes it better and turns it into a cover.

It was like that with the covers for Dreams and Curses. For the first one I saw these pictures that I thought would be great to blend together for the cover of Dreams – of course my skill level in that area is somewhere in the negatives :) so I sent them to Jared over at Off The Wall Creations (who also happens to be my son … I did not get my covers for free! *sigh*) and he was able to take those pictures and make a beautiful cover, way beyond what I had pictured in my head.

When it came to the cover for Curses, it was more than just a book cover. The photo (which I’ll send along) on the back cover was taken by my hubby on one of our few three day escapes up north to hide in a cabin by a lake. 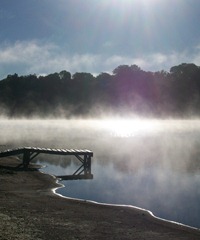 The second story in Curses – This Ring actually stemmed from this photo on one of our trips last year.

The pictures from this trip were breathtaking and I just knew I had to do something to share the way he was able to catch that mist rolling out on the lake in the early morning – so I sent about ten of them to my son and the cover he came up with is way, way beyond anything I could have thought of.

I guess you could say Curses is a family project. The words inside are mine, the photo’s are my hubby’s and my son was able to blend them all together with a breathtaking cover.

You can bet I give my husband the camera every time we go anywhere now! 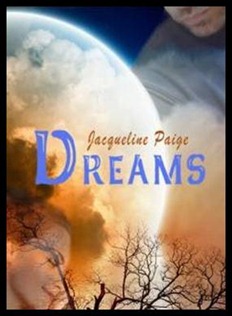 Blurb IN OUR DREAM:
Jennah Best left the adrenaline packed life of being a cop on the edge for a more peaceful place. She escaped a marriage that almost destroyed her and now lives her life working for a small police station in the town of Ridge. At her age, she’s accepted that it’s too late and too much work to start all over again, until she meets a man in a dream...

While young, Dominic Palmer has always proven he can get the job done.  Or at least, that was the case before he accepted a job and agreed to go undercover as an inmate. When months go by and there’s no word from his outside contact he wonders if he’s been left on the inside for good. He’s fighting to stay alive and keep his sanity, but finds himself completely distracted by a mysterious woman he met in a dream... 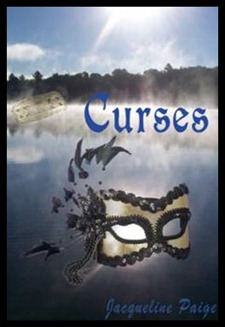 Blurb for Behind the Mask

In a fit of temper, Gracelyn’s only sister curses her so she’s forgotten the moment anyone turns away from her. Only one thing, at an exact moment, can break the curse. After years of failed attempts, she is forced to accept living her life completely alone. Her world becomes calm and predictable —until one Halloween night … one costume party … and one masquerading man change everything. 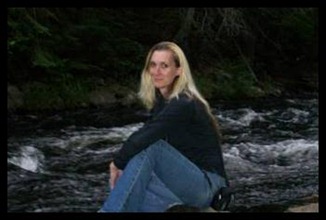 Jacqueline Paige is a world class multi-tasker being a mother to five adventurous and unpredictable children, a cafe manager and having a colossal imagination that allows her to step outside of reality into a world of paranormal romance —with just a touch of suspense.

Jacqueline lives in Ontario, Canada and avoids the ever changing weather of the region she lives in by creating other worlds to fall into in her stories of all things paranormal.

Her first book was published in 2009 and since then has published ten. She is always writing and currently has more than a dozen stories in one stage or another of the writing process.

You can find all of Jacqueline’s books at: www.jacqpaige.webs.com 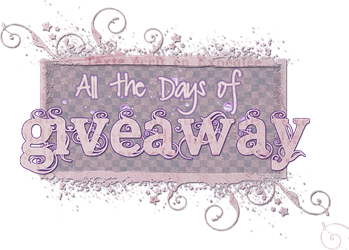 To enter please fill out the form – click on the link below.