Excerpt of The Wewelsburg Covenant by John Braun (and a giveaway)

Today, I want you to meet one of the nicest South African authors, I have met in a long time.  John Braun is the author of The Wewelsburg Covenant, described as Spy thriller fiction with a strong historical interest, a touch of romance and fast-paced action. 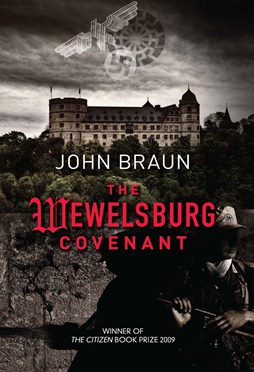 As the Allies gain ground against Nazi Germany in Europe, a devious plan is hatched to set up the Fourth Reich. At Wewelsburg Castle, twelve of Heinrich Himmler’s highest knights undertake a covenant to continue the Nazi cause. Thousands of Nazis escape to Argentina, where a front company, Trevellian Enterprises, is set up with smuggled war loot, and the Fourth Reich, unknown to the world, grows in strength from an underground base.

James Trevellian, leader of the Fourth Reich and CEO of Trevellian Enterprises, is about to travel to Russia. Ben Hariri, Director of Operations of Israel’s secret service, has long been watching his moves. He knows that Trevellian is on the hunt for an ancient object of vast occult power.

Special agents Anna Leonova and Fox are sent in to capture Trevellian alive, and a daring race unfolds between Moscow, the southern Urals, Dubai, Iran, the Maldives, Bangladesh and an ancient mystical kingdom in Nepal. But when alluring agent Anna manages to infiltrate the Nazi organisation, there are unexpected consequences.

Trevellian has inconceivably fallen in love. As the Fourth Reich is on the brink of resurrection, with massive armies, nuclear weapons and a powerful fleet of submarines, he learns an earth-shattering family secret. He will be forced to choose between destruction and love, a decision that will ultimately decide the fate of the world …

What happens when one of the world’s most powerful men falls in love the most beautiful woman he’s ever seen, only to find out that she is his ideological enemy?

Extract from the book:

Anna closed her eyes as the popping bubbles tickled her skin. It was a rare treat, a luxurious bath. She couldn’t recall when last she’d had one. She knew that she should be trying to enjoy it more. But her mind worked overtime as she reprogrammed herself as the blonde Englishwoman, Liz Codwell.

Anna tried on Liz’s accent: ‘My daddy is Lord Clive Codwell. Yes, that’s right, the ex-car manufacturer, one of Trevellian’s most generous benefactors. He’s supported the cause since before the War. Huge fan of Adolf, of course.’

Freshly returned from Russia, Anna had barely set foot in her homeland before she’d been whisked away by private chartered airplane to Dubai, and given a new identity. The time she had to try on the new persona was dangerously short. It was far from ideal, and Mossad would never have operated under such conditions were the situation not so desperate.

The Panorama Suite of the Burj al Arab was immaculate. The hotel was, if the brochure was to be believed, the world’s only seven-star hotel. The Panorama Suite had two floors. On the lower level, a gigantic living area sprawled out towards floor-to-ceiling windows that eyed the Arabian Gulf, a tan strip of beach clinging to an azure sea in the distance.

She got out of the tub and dried herself with a heated towel. She stood in front of the mirror and pulled her dyed-blonde hair to one side, dabbing at it. She allowed her eyes to dance over her body, imagining how someone else might see it if they were looking at her for the first time.

Her breasts were modest, but shapely, perking up to small brown tips. Spindly brown legs stalked to neat round buttocks and silky cheeks. Anna slipped into a bathrobe and made her way down a spiral staircase to the lower level. The sun was setting over the Gulf. Sailing ships and ocean liners docked close to the shore. She sat at a breakfast nook table beside the enormous windows and poured out a cup of aromatic Turkish coffee. The phone rang.

Dr Cee was a Mossad psychologist.

‘Did Ben put you up to calling?’

‘Well, I would be lying if I said no. But I was thinking about you, if that’s any consolation. My favourite agent.’

‘Ah, but I know you say that to them all. Associate F told me you say the same things to him.’

‘May I talk specifics?’

Anna opened a briefcase beside the table as she talked, pulled out a file and placed it on the table in front of her. Across its front was written, ‘James Trevellian, Russia, Priority’. She began to flick through the pages.

‘It was pretty short.’

‘Was it a success, in your opinion?’

‘We failed in one way, but succeeded in others.’

‘Well, first, the establishment of contact with the Nazi, for one. Plus, a major way: he’s still alive, wasn’t assassinated by F. And, of course, if we hadn’t gone, I wouldn’t be here in Dubai waiting to fraternise with Nazis at their “launch” across the strait in a few hours.’

‘How do you feel about going in?’

Anna’s pulse quickened as she looked at a picture of James Trevellian on the next page.

‘Mixed. I’ve being asked to do anything necessary.’

‘Yes. How are you supposed to feel when your country indirectly asks you to sleep with your arch enemy?’

‘A difficult question that, if you don’t mind, I’ll let you answer for yourself. All I can say is: don’t do anything that you really don’t want to do, and don’t get in too deep. You always get in too deep, Anna.’

‘Good. Listen, I have to go. I’m glad to hear you’re okay, and Anna, I look forward to having breakfast with you when you get back.’

Anna hung up and sipped her coffee. She flipped the pages to look at James, a mixture of paparazzi-style photos taken of him as he, she presumed, left or arrived at meetings with clients; warlords and military top brass. As she stared at the pictures, she felt betrayal stirring in her groin. Anna folded one leg over another, and stared at the rugged features, thick black hair and the still-muscular frame. What was it about him? Her mind raced to the woods. Why had he not killed her then?

Because he had saved her, she realised, there was something to him. Now, as she stared into a blow-up picture of his face, she could see a flicker of … what? What could she see in his eyes? Compassion? Or perhaps, Anna thought, she was projecting. She felt a tingling sensation. Her cheeks warmed.

Regaling herself, Anna snapped the file shut, rose quickly, carried the file to the electric fireplace and threw it in the grate, turned the knob and watched evil blue flames spring to life and devour the pages, nibbling at the red-coal edges. Orange flames took over to finish the job.

Wiping her hands on the bathrobe, Anna turned and ascended the stairs to the bathroom and bed level. She left the bathrobe in a puddle of creased silk on the floor as she slipped into a crushed velvet dress, the kind Liz Codwell would wear, and fastened the hook of a white pearl necklace behind her neck. Next were the diamond earrings, make-up applied more carefully than usual; stark black lines around her eyes to create a nostalgic 60s look. She dabbed perfume on her wrists, and behind her ears, styled her hair to create a curling wave of blonde above her right eye. Liz Codwell had quite a retro feel, Anna thought, as she rushed over to the bed, slipped vintage black Louis Vuitton shoes on, before shuffling down the stairs into the hallway, catching a departing glance at herself in the mirror as she leaned down to smooth out a crease in a shoe strap. A strange, gorgeous woman stared back at her. The sight momentarily caught her off guard before she pressed out her dress, left the room and made her way to the heliport where she would meet a Mossad agent who would fly her across the Strait of Hormuz and land in Bandar Abbas, near the naval base. She didn’t know quite what to expect.

I am 49 years old, have been married for 25 years and have a daughter of 13 years of age. I am an engineer with a Masters Degree in Structural Engineering and an Honours Degree in Commerce. 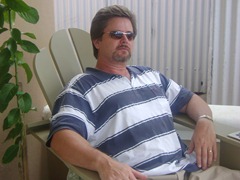 The Wewelsburg Covenant started as a dream I quit my job for. It was a chance I was willing to take, and when I submitted my book for The Citizen book prize in 2009, I was confident that it was a story that would entertain people, and fortunately, I was right in the sense that hundreds of people voted in favour of my book’s synopsis, and The Wewelsburg Covenant took home the honours of winner of The Citizen book prize in 2009.

It has been a while in the making. The detailed research and writing took just under a year, and it has been a long journey, but finally the day has arrived to push the big red ‘print’ button, and The Wewelsburg Covenant is now available on the Kindle platform, for all devices, including PC, iPhone, iPad, Kindle of course, and Android devices (see a full list here). The print book (a beautiful physical object!) is also available on Amazon for international shipping.

For more information about John Braun or The Wewelsburg Covenant, visit the author’s blog at www.wewelsburgcovenant.blogspot.com or find him on Twitter or Facebook. 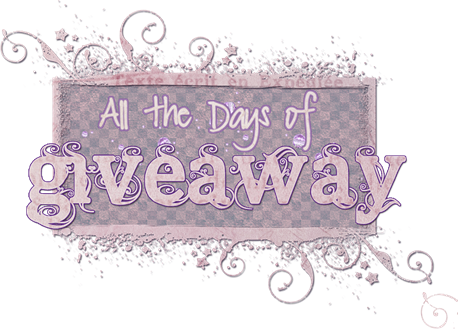 Five eBooks (Kindle format) and one hard copy (for domestic South African shipping only) of The Wewelsburg Covenant are up for grabs. All you have to do is post a question for the author John Braun to answer below. Your question could be about the process of self-publishing, writing, or about the book itself. The first five to post their questions will receive an eBook voucher by email from John Braun. Share this promo quick!

I want to thank John for joining us today and I wish you only success on the road ahead!