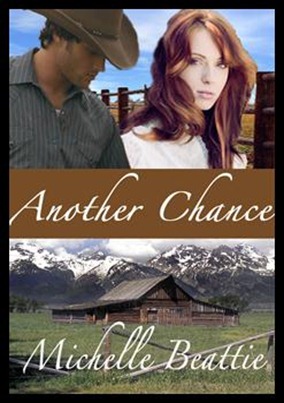 Being a veterinarian in the late 1800’s is difficult enough, but for Jillian Matthews it’s impossible.  Not allowed in the vet schools, she trained at her father’s side until she had the skills needed to move west.  Jillian accepts an advertisement for a position in Montana, using only her initials which happen to be same as her father’s.  Convinced that in the untamed west, her skills will be valued and appreciated, regardless of her gender, she’s quickly proved wrong.

Wade Parker is sure the pretty redhead claiming to be the vet he sent for is one of his ranch hands’ practical jokes but the fiery woman very quickly puts him in his place and proves him wrong.  His impression, however, turns south when the animal she operated on later dies.  With a ranch on the verge of bankruptcy, losing an animal was the last thing he could afford and he can’t help thinking the old vet, the male doctor, wouldn’t have let his animal die.

With Wade’s initial reaction guiding them, the town is quick to want Jillian out.   But the more Wade gets to know Jillian, the more he sees her grit and compassion, the harder he falls for her.  When Wade realizes he was too hasty in his judgment and urges the town to give Jillian another chance, he makes more than few enemies.  Enemies that would do almost anything to get her out, and to make sure Wade doesn’t take her side again.

Soon threats turn to violence and both Wade and Jillian must make a stand.  The problem is, at what cost?

"They're not going to get here in time."

Wade Parker ran a frustrated hand under his Stetson. What was taking so long? he wondered. He'd sent for the veterinarian almost an hour ago. Once he'd realized he'd had no other choice.

"They'll be here soon, son. But the way the rain's coming down, it'll slow down old Doc and Scott." James rested a calloused hand on Wade's shoulder. "Go check on the cow again, and I'll have a look outside."

Wade had been taught from a very young age that no matter how bad things ever got, there was always something to be thankful for. And right now, he was thankful for two things. One, for James. Not only had James been foreman of the Triple P for as long as Wade could remember, he was also a friend. A friend who, at times like these, was the rock Wade needed.

The other thing Wade was damn glad for was that Doc Fletcher's replacement hadn't arrived yet from Pennsylvania. Not that Wade hadn't helped chose his replacement and not that he wasn't satisfied of the new doc's qualifications, but with the lives of his animals at stake, he needed a familiar face tonight. One that he trusted. One that would get him through this latest crisis.

Because that was all Wade’s life had been since losing first his wife, then his father, a series of crises. He couldn’t afford, in the very real sense of the word, another.

Feeling much older than his twenty-eight years, Wade made his way to the stall. Behind him James' boots squished on the wet barn floor. Wade shook his head, disgusted not only with the decrepit state of his barn, but with the decrepit state of the whole ranch. If only his pa hadn't run them so far into debt. Wade braced his forearms on the stall and wished, not for the first time, that things could be different.

The animal's eyes were glazed with pain; her mooing was now raspy where a few short hours ago it had been loud and strong. Though she struggled to get up, she wasn't able to do more than lift her head. He cursed again, feeling an iron band of tension wrap around his shoulders.

Already in debt until he was practically drowning in it, he needed these animals to live. He'd already sold off a piece of his herd but he couldn't afford to sell them all. He needed enough to keep breeding, enough to keep selling. And if nothing else happened, maybe, just maybe, he'd start thinking about starting that horse ranch.

Relief poured through Wade. "Hang in there, girl. Help's on the way."

Wade ran to the door.

"Well," James said, pushing his hat further up his forehead. "This sure is an unexpected surprise."

What greeted him in the yellow glow of the barn was not even remotely close to old Doc Fletcher, or the J. Matthews they'd hired to replace him. This wasn't the short, plump vet Wade had expected. Neither was he the tall, strapping man that Wade had pictured crossing a country to replace Doc Fletcher. Instead there stood a woman barely tall enough to reach Wade's shoulder.

She held her horse's reins in one gloved hand and saddle bags in the other. Though she didn't seem to notice, water streamed over the brim of her hat in a continuous flow. Her eyes never left his and the directness of that gaze stopped him momentarily. Wade turned to Scott. Scott Taylor, the only ranch hand Wade could afford besides James, shrugged.

"She was at Doc's place. Told me she could help," he explained.

"Doc's place?" Wade shook his head. That made no sense. If Doc wasn't at his place, then it should have been Dr. Matthews, as was the agreement made when they hired the new vet. He turned back to the woman.

Green eyes, a heart-shaped face. She was pretty, no question, but it wasn't pretty he needed at the moment. He glared at Scott then James. "This isn't the time for one of your practical jokes. We need a doctor now, dammit!"

He stepped out into the rain hoping, praying, Doc Fletcher was waiting around the corner with his bag in hand. Darkness and sheets of rain greeted Wade, but no Doc Fletcher.

The woman's voice cut through the rain like lightning. "Could you see that my horse is looked after?"

Wade spun round. She handed the reins to Scott then skirted past James, who stood wide eyed, and strode purposefully into the barn, saddle bags in hand.

"Wait just a minute!" Wade said as he loped behind her.

"What?" she asked, never once breaking stride.

"Since when? He was still here last I heard."

"Apparently he didn't feel you needed to be apprised of his comings and goings," she said, slipping into the stall. She tossed her hat and dripping slicker onto the clean straw. A thick braid of auburn hair fell down her back.

Stunned, Wade could only watch as she opened her saddle bags, set a pristine white cloth onto the straw, and began placing shiny medical tools onto it.

None of what he was seeing made a lick of sense. "What are you doing?"

Her hands stilled, and her fiery green eyes snapped. "What I was sent for." She took her stethoscope, placed the hearing buds in her ears.

His gaze snapped right back. "I didn't fetch you, I fetched Doc Fletcher."

"No, you fetched the veterinarian."

"Exactly! So who the hell are you?"

Her braid had fallen over her shoulder and she tossed it over in frustration. "We don't have time for questions. Do you, or do not want your animal looked after?"

Not waiting for an answer, she shifted to her knees, skimmed her hands over the distended belly of the animal. He couldn't help it, his eyes roved over the woman. Her black belt cinched a tiny waist. Leaning over the way she was, it was only natural that he noticed the way her skirt draped over her trim backside.

He had no idea who she was. Her shoulders didn't look broad enough, nor did her hands appear strong enough to do what needed to be done. Why was she at Doc's? Why had she told Scott she could help? Granted, it did appear she knew what she was doing, yet his mind was telling him it was impossible. But, as she said, they didn't have the luxury of time. If Doc wasn't coming, she was his only hope.

His belly hitched. The band around his shoulders tightened threefold. Just when he thought things couldn't possibly get worse.

She placed the stethoscope to the cow's brown hide. The barn was silent as she worked, except for the constant patter of rain, both inside and outside.

"Is this her first time?" she asked when the cow tried once again to raise her head, then gave up with a low moan.

"Calf must be too big for her." She fixed those green eyes on his again. "I'll need clean towels, warm water and all of you to help hold this cow down while I do the surgery."

Wade took a breath, nodded. Whether she knew what she was doing or not, she was here and she was all they had. He'd just have to trust that she could get his animal through this crisis alive.

"I'll get what you need," he answered, refusing to dwell on what ifs. He turned to James, who'd joined him at the stall. "Stay here in case she needs anything else."

Wade strode down the aisle, his pace increasing when the cow moaned again.

Scott, who was in the last stall tending the woman's horse, looked up as Wade approached. "You need me?"

Wade ran for the house. His mother came running the moment he stepped inside. Worry filled her eyes.

"Did you lose them?"

"Not yet." Though with this unexpected turn of events, the possibility seemed more likely than ever.

Eileen Parker's shoulders fell. "Well, that's a blessing I'll take." Her hand shot up as he moved. "Don't you step off that rug with those muddy boots!"

"Ma, I'm in a hurry," Wade grumbled, though he placed his foot back onto the rug. "We need hot water and as many old rags or towels you can spare."

"I figured you might and I've had pots simmering on the stove. The rags are right there at your feet, I'll get the water from the kitchen." 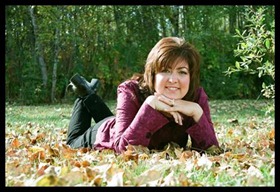 Michelle Beattie has been writing for 16 years. Her first pirate novel was released in December 2008 under the title, What a Pirate Desires. Since then she added two more to her series, Romancing the Pirate and A Pirate's Possession.

Changing gears a bit, Michelle has decided to follow the growing trend of published authors independently publishing their own books. She released her first independent title, a contemporary light paranormal, Love By Accident, in October and is following it up with a historical western, Another Chance.

Her pirate books have received wonderful praise from publisher's weekly, Romantic Times and several on-line review sites as well as have been published in several languages. Love By Accident hit #14 in ghosts on Amazon's site on its release day.

Michelle lives in Alberta, Canada with her husband, two daughters and a rabbit.