Book Tour: From Russia with Blood by Michael J. Lee 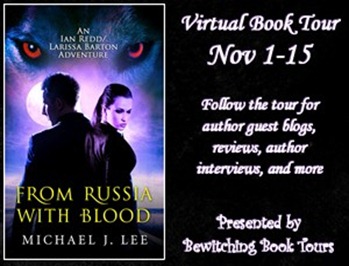 Excerpt of From Russia with Blood:
Instantly he was right next to her. One hand gripped her shoulder and yanked her backward. His other hand held something that flashed brightly. There was a loud echoing sound.

Gunfire. He’s got a gun!

Larissa stumbled away from Ian. She saw the speeding auto tear down the center of the road. It swerved toward her as she ran.

There was a dark alley immediately behind her. She sprinted into it. It looked narrow. She didn’t think a car could follow. She hoped it couldn’t.

She was ten steps down the alley when she heard a huge crash behind her. She felt it too and half stumbled for a few steps. Larissa whipped her head around and saw the car with its hood crumpled around the corner of the alley. The headlights were flickering and the horn blared.

She slowed a little bit. The car horn stopped blaring. The driver’s side door opened with a crunch and a large man in a dark suit kicked his way out. He staggered into the mouth of the alley clutching his forehead. Larissa saw blood oozing from a cut on his scalp. Then she saw the gun in his other hand. The man raised it at her.

She stood frozen. Was this it? The moment her dreams had warned her about?

It was the same sound as before. Sharp and loud like fireworks on the Fourth of July. The man hadn’t fired. He stumbled and then fell awkwardly to the ground. She’d never seen a dead body before but she knew that man was dead. He lay in such a twisted manner there could be no doubt.

A shadow approached the alley.

Larissa tore herself from the spot and ran.

She looked back once and saw a tall figure enter the alley. She was on the verge of recognizing him when she smacked into something large and heavy.

Two burly men had jumped out of the shadows and she had run right into their arms. She screamed with all her might as they lifted her off the ground. She kicked and flailed around.

“Is this her?” asked one man in a rough voice.

“Who cares. Shut her up!” came the answer.

A hand like sandpaper clamped down over her mouth and smothered her screams. She saw the black metal of a gun barrel. It hovered above her forehead. She bit down hard on the hand but it wouldn’t let go, even as her teeth tore through the skin.

Out of the corner of her eye she saw the tall figure streaking down the alley toward them. It was Ian. He was moving faster than any man she’d ever seen. It didn’t seem real. She’d been to the Central Park Zoo once. There she’d seen a snow leopard dash across its enclosure. It moved so fast and so fluid, like lightning. That was what it was like watching Ian move. There was nothing human about it.

Her attackers dropped her. She fell on her butt as Ian collided with the two of them like a train. There was a flurry of blows. One dropped to the ground. He crumpled like the man at the mouth of the alley and Larissa knew he was dead.

She backed away from the fight. Broken glass and other bits of debris scraped and cut her hands and rear end but she barely noticed. She was too busy watching the fight. What little fight there was.

Ian seized the other man. The brute was nearly twice his size but Ian held him tight and forced him to his knees. They were standing over a sodium lamp and by its pale light she saw the fangs gleaming inside Ian’s mouth. 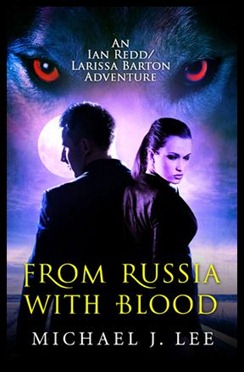 From Russia with Blood
By Michael J Lee

400 year old vampire Ian Redd joined British Intelligence during the Cold War. But after the Berlin Wall came down they decided they no longer needed his services. He was retired, almost permanently. Ian escaped and has lived the quiet life in a small town until a professional hit team arrived at his doorstep. Who sent them? That’s a question that will lead Ian into the arms of a beautiful woman named Larissa Barton and into the most dangerous operation of his unlife.

Larissa Barton’s life has barely begun and it’s already gone off the tracks. She’s back in her hometown working as a barista. But things change when Ian Redd enters her life. Dark, mysterious and gorgeous, Ian is her only protection her from the people and creatures who suddenly want her dead. With Ian by her side Larissa plunges into a world of magic, werewolves, vampires, spies and assassins and discovers her own secret past.

"One part James Bond, one part Dracula, and a whole lot of action and adventure. From Russia with Blood kicks ass!" - Vivi Anna, award winning author of the Valorian Chronicles 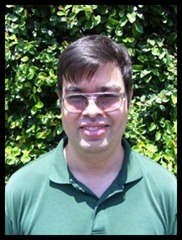 About the Author:
Micheal J Lee was born in the Midwest and has spent time out on the East Coast and in LA.

He learned the craft of screenwriting the hard way, as a barely paid reader. That’s how he got a good feel for writing form and the craft of storytelling. His approach to a story is a lot like Bruce Lee's approach to fighting, absorb what is useful.

Lee published his first paranormal romance, My Frankenstein, recently. It's been an adventure – and now he’s on to book 2, From Russia with Blood.