Historical Fiction (and a giveaway) with Darik Brooks 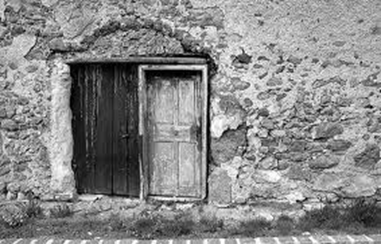 Darik Brooks is the author of Trinity of the Sun: Book I, the first in a series of thought-provoking novels depicting an alternative history of the formation of Christianity and its biggest players. Darik was raised in a 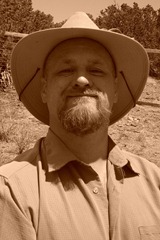 middle-class environment in a small, mid-western town. After graduating from college with a degree in philosophy, he attended another private university and earned a master's degree in Buddhist Studies. He has held many quirky jobs, mostly in the transportation industry, and is now a licensed teacher with no class(es).  He enjoys homesteading, hunting, fishing, hiking, sailing, tending his beehive, and doing research (reading). He and his partner live in an off-grid house in a secluded canyon somewhere in the western United States.

Did master Renaissance artists imbed a secret code into their finest works? What were artists like Da Vinci, Poussin, and Raphael whispering to us through their enigmatic symbols? Trinity of the Sun is a fictional reflection on these and many other questions. It is the first book in a scintillating and thought-provoking series of creative novels by author Darik Brooks. It is an inspired retelling of the traditional story of Jesus the Christ, John the Baptist, and Mary Magdalene, uncovered through the eyes, ears, and imaginations of Sophie and Carmen Leon. Carmen leads us down a path of discovery, systematically unraveling the mysterious foundations of belief-systems that have dominated European 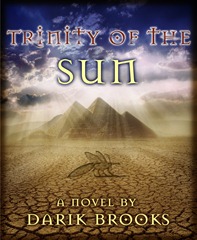 and other western cultures for two millennia. Through the eyes of these amateur art history connoisseurs, readers will discover a hidden code of symbols within High Renaissance artworks hinting at an entirely alternative story about the formation of Christianity.
Join Carmen and Sophie as they shed light on the mysterious obelisks of Rome, explore hidden catacombs under the Vatican, and decode unsolved secrets left by the greatest artists of all time, all while illuminating the formative lives of Jesus, John, and Mary. Decorated with stunning and illustrative images, this novel is a must have for art and religious history enthusiasts, open-minded skeptics, and conspiracy theorists, alike. Inspired by a survey of modern scholarly works concerning the origins of Christianity, Trinity of the Sun skillfully assimilates many erudite facts within a crafty, seamless, two-fold tale of intrigue.

Darik is giving two lucky commenters the chance to win an eCopy of Trinity of the Sun.  Just leave a message with your contact details and I will draw two random winners on 04 November 2011.  Good Luck!

Thank you so much for visiting with us today, Darik.  We wish you only success in future.