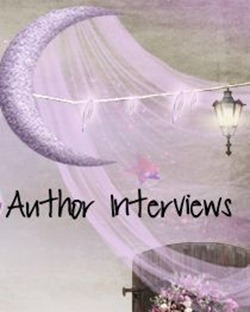 Today we are looking at a fairy tale from a new angle . . . but let’s meet Shiromi first.

Author biography:
My name is Shiromi Arserio. I’m  a British freelance writer. From the age of six, my mother instilled in me a love for travel when she first took me out of the country on a trip to Switzerland. Since then I’ve travelled through four continents and have been lucky enough to live all over the United States, including Hawaii. Currently I’m making the Pacific Northwest my home. 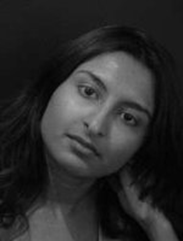 I’m also a self-confessed geek, and am editor of the science fiction online magazine Inter-Galaxy Portal. I have also worked on other geeky publications such as Stakeage.com and Illusion Television and the now defunct Brit Girls Gadget Guide.

I was a regular contributor to DISfunkshion Magazine, and my articles can also be found in publications such as Listen and OutdoorsNW.

I have also provided content to web developers such as Onomojo Media.

Currently I am working on a collection of short stories, beginning with The Huntsman’s Tale which is available as an ebook, as well as a mystery science fiction project, to be revealed soon!

Here is some more info on her book, The Huntsman’s Tale: 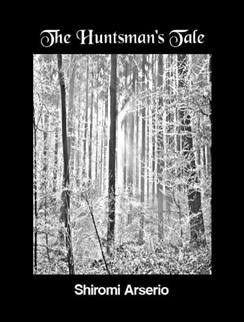 Gaard is just a poor huntsman. On a bleak winter day, while trying to feed his family, he stumbles upon the King’s private hunting grounds. It is on this hunting ground that Gaard crosses paths with Vala, the mysterious future wife of the King. The two begin a tempestuous relationship that will change Gaard’s life forever.

The Huntsman’s Tale is a dark fairytale about desire and consequences.

When did you start writing, Shiromi?
I've been writing and creating stories pretty much all my life. My sister and I would spend hours making up stories. But it wasn't until just a few years ago that I started writing professionally and thinking of myself as a writer.

How long does it usually take you to write a book?
It all depends on the story. I have a story that I’ve been working on for the last five years, that I still don't feel is “right.” Some stories come to me in their entirety, and others have to be mulled over for a long time before they're ready to be told.

What inspired you to write this book?
The Huntsman's Tale really came to me a couple of years ago, while I was working on NaNoWriMo. It was a fully formed story, but I had to put it aside until the following summer, when I could really concentrate on it.

I have heard lots of authors talk about NaNoWriMo – what a wonderful kick-start for your creativity!  What kind of research did you have to do?
The story is set in a medieval period in Germany (no specific time period is given) so I read up on medieval German traditions and holidays. Just so I could add little tidbits here and there, for a little more authenticity. It's a fairytale, so I wasn't too worried about being accurate, but I still wanted a reader to have a sense of the place.

Who designed cover?
I did. I wanted something really simple. Since much of the story takes place in the Black Forest during winter, I wanted that to show in the cover.

Well done!  I love the cover.  What is your next project?
The next project I'm working on is Becca and is a science fiction short story about the search for a new homeworld for the human race.

A typical day in your life would look like?
I try to work a regular schedule, usually around 10AM-7PM most days. Mornings I spend writing and working on any marketing I need to do. After lunch, I split my time between the science fiction and fantasy website I run, and training as a voice over actor, which is my other job.

What an interesting side-job!  What is the hardest thing about being an author?
Waiting. Once you write a manuscript whether it's fiction or a magazine query, you submit it to publications and it can take a long time, if ever, to get a response back. And if the response is negative, you have to send it to the next person on the list, and start the clock over. That's one of the reasons why I decided to try indie publishing.

Do you hear from your readers much?  What do they say?
I've only recently published the one short story, so I can't say that I have heard from any readers of my fiction work yet. Although I do run a website and try to maintain a strong relationship with readers on Twitter.

Who are some of the authors that inspire you?
Neil Gaiman is a huge inspiration. He writes in so many different formats and plays with various genres. I don't think you could ever pigeonhole his work, which is a good thing. I grew up reading Lloyd Alexander's Chronicles of Prydain, and it's still my favourite YA fantasy series.

What is in your own TBR pile?
After raving about Mark Gatiss' work on Dr Who, someone on twitter turned me on to his novels, and so The Vesuvius Club is now at the top of the list. I also want to check out Battle Royal by Koushan Takami since I’m a fan of dystopic fiction.

Oh I love dystopian books too.  There is just never enough time!

Shiromi has generously offered a eCopy to be given to a lucky commenter.  So if you are interested in reading this dark fairytale, leave a message for Shiromi.  I will draw a radom winner on 24 October 2011.

Thank you for joining us today, Shiromi.  We wish you much success in the future and can’t wait to see what your sci-fi story is about :)