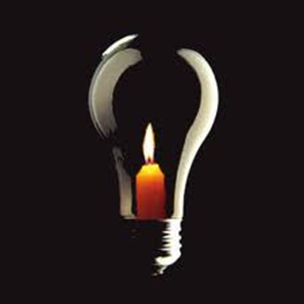 Where Does Creativity Come From?
Josh Tremino

I disagree. A lot.

We talked about this issue, and she insisted she’s not creative because she can’t generate a story spontaneously like her husband. He can pull out a tale on a second’s notice. It’s instant generation, and those stories can be pretty hilarious. She doesn’t feel like she can come up with details or make something new.

She says she’s a better fixer, someone who can follow directions or take an end result and work with her available resources to get there. But here’s the thing. I have a book out, yet I feel creative. I consider myself an artist; I’m a novelist. I write books, a fair number of them, but I’m not good at instant generation either. I’m not terribly good at details either.

I told her that she could be a great writer, that it only takes practice. This is how I learned to write. When I was eleven, I decided I wanted to be a writer. Since then, I’ve spent thousands and thousands of hours practicing. This includes books, poems, short stories, classes, and half a lifetime spent watching movies and TV shows.

Anyone, with enough practice, can be creative. Anyone can be a writer. All it takes is a willingness to sit down, view the world, pull apart the pieces, and put them back together in a new way.

As for coming up with something new, well, I don’t. Seriously, I rarely come up with something entirely novel. More often, I see something cool and try to modify it. I find a weakness or something annoying about the original concept and I work to make it cooler.

My recent novel, Poisoned Star, worked this way. I started off with the concept of a living, sentient ship. Only I wanted to give her guns. I wanted to make her unstoppable so I added in kickass armor and the ability to change her shape. I liked the idea of living ships, but I also added in a hive mind that guided a small fleet of star fighters. She’s a hundred individual fighters, but she’s innocent and young too. I also saw movies that included virtual reality. I wanted to take the concept and give it a taste of romance. These aren’t new or original concepts. I didn’t make them up, but I did take them and reengineer them.

This is why I’m not really certain what to do with writers who say they’re not feeling creative. Sure, there are times when you don’t have a great premise for a book. But not feeling creative? That’s easy to fix. Whenever I want inspiration, I go online or to books. There are plot points, details and fascinating character traits all around us. If I want to think of romance, I go to an encyclopedia of Renaissance love stories. If I want to think of sci-fi violence, I open my book on future weapons.

This is why writers should spend some time building up a reservoir of inspirational materials. Inside my bedroom, I have a shelf of books, all designed to help me think of new stories in one way or another. Dictionaries, encyclopedias, and a hundred other types of reference books can be a hundred different kinds of muse.

Check out my novel. 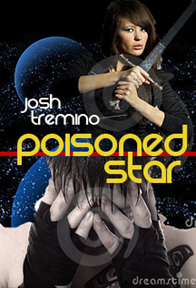 Poisoned Star is the story of a young woman kidnapped and forced to fight for an alien civilization. When a hacker sneaks aboard her ship, she learns more about her past and future than she ever imagined.

Josh Tremino’s Biography
A writer from California, Josh loves every kind of story. Whether they come from books, movies, TV shows, or music videos, he loves characters,

watching them grow and develop. A part-time philosopher, Josh wants to understand the world, and he believes stories are the key. His work reflects that assumption. Most of his favorite novels explore the connections between fantasy and romance. He has become more and more convinced they’re the same thing. Day by day, Jeremy explores the world through a blinking cursor. Find out more at www.Joshtremino.com.