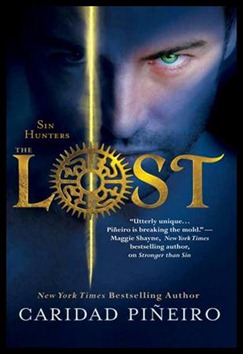 Adam Bruno is no ordinary millionaire. The heir to an ancient race possessing a dark, powerful magic, he can shapeshift and create energy. His gifts make him a living weapon and have forced him to live in seclusion. But now an inhuman force hunts down Adam-just when he finds someone who makes him feel more human than he ever imagined possible . . .

Home from combat in Iraq, Bobbie Carerra wants only peace, yet soon joins Adam in a terrifying battle against paranormal enemies who hide in plain sight. She's drawn to his strength of mind and body; he's attracted to her courage and intoxicating energy. Their scorching passion can either transport them to the heights of ecstasy or-if Adam's powers rage out of control-destroy them. But when an invisible brotherhood tightens its nets and someone Adam trusts betrays him, only a heartrending decision can save them 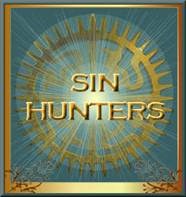 I want to thank all of you who have been writing to tell me how much you’ve been loving the Carrera family, as well as enjoying the towns along the Jersey Shore where the SINS series was set. 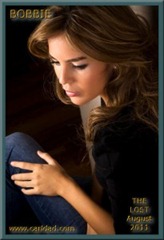 With THE LOST, I’m introducing a much darker paranormal series I’m calling SIN HUNTERS. The stories are still set along the Jersey Shore and you’ll have the beloved Carreras, but now you’ll also get to meet an exciting new race of people: The Light and Shadow Hunters.

Why the change? There was something about Bobbie Carrera, the heroine in THE LOST, that needed something different and something very special. Someone very special. Bobbie is an Iraq war veteran and she’s home from battle, but wounded both physically and emotionally. She’s busy trying to put her world back together and the last thing she needs is more conflict in her life.

But I’m a bad girl, you know. I love to challenge my characters into facing their most extreme hurts because that only makes their happiness that much sweeter. I think you love that as well because there is nothing more uplifting than seeing how love can truly conquer all.

Bobbie’s challenge comes in the form of sexy millionaire Adam Bruno. Adam is different from any man she has ever met and Bobbie feels an immediate connection to him. There’s just one problem: Adam has no idea who he really is and why he possesses the ability to gather energy. That ability allows him to do a myriad of things, shapeshifting, to traveling at super speed, to wielding energy and light like weapons. But those powers are challenging Adam, because as they become more powerful, the also grow harder to control and deadly.

Enter Bobbie Carrera. Bobbie brings peace to Adam’s soul. Adam feels lost in the human world, but in Bobbie’s arms he finds love, acceptance and the possibility for a future he had never imagined. 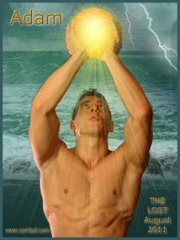 But before he can reach that future, he must deal with the present, and that means battling the evil Shadow Hunters and facing the shocking truth about his real identity.

I hope you will enjoy the Sin Hunters series. Look for THE CLAIMED in May 2012 which will feature someone you meet in THE LOST. Not going to spill as to who it is just yet, but keep in mind I just love stories of redemption….

Thank you all for your continued support.

Also, many thanks to our military men, women and their families for safeguarding our Liberty and our country.

THE LOST is dedicated to you for all the sacrifices you make on our behalf. God bless you and keep you safe.

"Pineiro's new series will excite readers, new and old...Her characters and red-hot writing had me looking for the nearest cold shower.  THE LOST is an excellent beginning to a new series that will have readers counting the days until the second Sin Hunters book is released."~ 4 Stars RT BookReviews

“An excellent romance story and the paranormal aspects really held me captive. I truly loved that the heroine was a war veteran and she gets a excellent HEA. If you’re one for danger, betrayal, adventure and romance this maybe a book for you.”~Laurie Bitten by Paranormal Romance 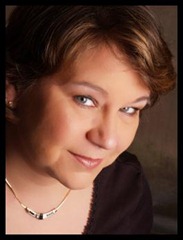 Caridad Piñeiro® is a multi-published and award-winning author whose love of the written word developed when her fifth grade teacher assigned a project – to write a book that would be placed in a class lending library. She has been hooked on writing ever since.

From the start, Caridad’s novels have received acclaim and have helped redefine the landscape of modern romance novels. In 1999, Caridad was published by Kensington as part of Encanto, the first line of bilingual Latino romance novels. In 2000, Caridad was one of the first Latino authors featured at the launch of BookExpo America’s Spanish Pavillion. In December 2006, Caridad helped Silhouette launch its successful Nocturne paranormal line with DEATH CALLS, one of the novels in the award-winning THE CALLING Vampire series. In addition, Caridad has appeared at BookExpo America on numerous occasions and has captained both the multicultural and vampire genre panels at the RT BookClub Conventions.

Caridad’s CHICAS novels, including her seventeenth release, SOUTH BEACH CHICAS CATCH THEIR MAN from Simon & Schuster’s Downtown Press, have garnered praise from both fellow authors and reviewers and are helping to make Latina fiction a vital part of the publishing mainstream.

In recognition of her work, Caridad has received various awards and honors. In 2007, a year marked by the debut of six novels from Harlequin and Pocket Books, Caridad received the Golden Apple Award Author of the Year Award from the New York City Chapter of the Romance Writers of America. Other honors that Caridad has received include the selection of DANGER CALLS and DEATH CALLS as the Top Fantasy Books of 2005 and 2006 by CATALINA magazine, the Cataromance Reviewers Choice Award for Best Nocturne in 2006 and the New Jersey Romance Writers Golden Leaf award in 2001 for Best Short Contemporary. Her other titles have received a number of nominations, such as the Harlequin Readers Choice Awards and RIO Reviewers Choice Awards. Both DANGER CALLS and SEX AND THE SOUTH BEACH CHICAS have been book club selections.

Caridad’s eighteenth novel, MOON FEVER, a paranormal anthology with Maggie Shayne, Susan Sizemore and Lori Handeland, debuted in late September 2007 as #32 on the New York Times Extended Bestseller list and #123 on the USA TODAY Bestseller List. HOLIDAY WITH A VAMPIRE, a paranormal anthology with Maureen Child, made the BookScan Top 100 Adult Fiction list.

In 2009, Caridad will debut a new paranormal romantic suspense series with Grand Central Publishing. The first novel in the series, SINS OF THE FLESH, will be released in November 2009.

When not writing, Caridad teaches workshops on various topics related to writing and heads a writing group. Caridad is also an attorney, wife and mother.

Also about the Author:

Here is the tour schedule:

Oct 5 Guest Blog - Getting Naughty Between the Stacks
http://gnbstack.blogspot.com

Oct 13 Promo - All the days of
http://allthedaysof.blogspot.com

Oct 21 Interview (review in Nov) - Among the Muses
http://www.amongthemuses.com

Oct 22 Interview - For The Love of Reading!
http://niinas-reading-and-reviewing.blogspot.com/