I read Eve, the first in the series last year and loved it (see my review).  Here is the sequel, being released later this year. 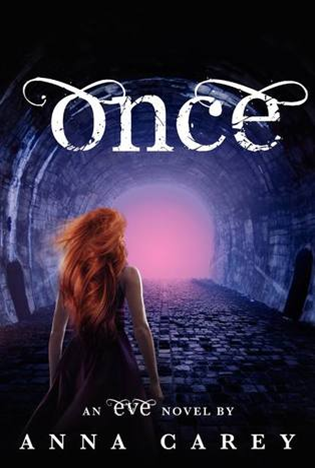 Goodreads blurb:
Sixteen years have passed since a deadly virus wiped out most of the Earth’s population. After learning of the terrifying part she and her classmates were fated to play in the rebuilding of New America, eighteen-year-old Eve fled to the wilds and Califia, a haven for women determined to live outside the oppressive rule of the king of New America. However, her freedom came at a price: she was forced to leave Caleb, the boy she loves, wounded and alone at the city gates. Eve quickly learns that Califia may not be as safe as it seems and soon finds herself in the City of Sand and the palace of the king. There she uncovers the real reason he was so intent on her capture, and the unbelievable role he intends her to fill. When she is finally reunited with Caleb, they will enact a plan as daring as it is dangerous. But will Eve once again risk everything—her freedom, her life—for love?
Brimming with danger and star-crossed romance, and featuring a vivid dystopian landscape, this electrifying follow-up to Eve, which bestselling author Lauren Kate called “a gripping, unforgettable adventure—and a fresh look at what it means to love” is sure to appeal to fans who crave the high-stakes adventure of The Hunger Games and the irresistible love story of Romeo and Juliet.