Book Tour: A Sliver of Shadow by Allison Pang 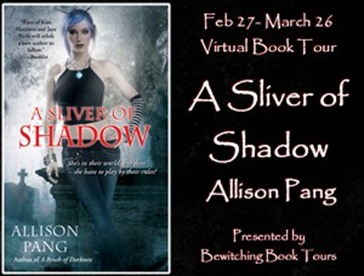 A Sliver of Shadow Blurb:
Just when her new life as a TouchStone – a mortal bound to help OtherFolk cross between Faery and human worlds – seems to be settling down, Abby Sinclair is left in charge when the Protectorate, Moira, leaves for the Faery Court. And when the Protectorate’s away…let’s just say things spiral out of control when a spell on Abby backfires and the Faery Queen declares the Doors between their worlds officially closed. 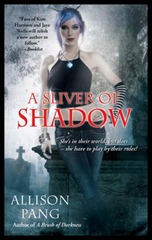 The results are disastrous for both sides: OtherFolk trapped in the mortal world are beginning to fade, while Faerie is on the brink of war with the daemons of Hell. Along with her brooding eleven prince Talivar and sexy incubus Brystion, Abby ventures to the CrossRoads in an attempt to override the Queen’s magic. But nothing in this beautiful, dangerous realm will compare to the discoveries she’s making about her past, her destiny, and what she will sacrifice for those she loves.

A Sliver of Shadow Excerpt:
“Who’s my little man?” The unicorn crooned at Benjamin and then winced when a hank of beard became the baby’s newest form of entertainment.

“Keep that up and you’ll be a baldy chin,” I retorted. “And I don’t recall asking your opinion. Not that that’s ever stopped you before. Talivar around?”

“Nope, burned the coffee again. Ran out to get more.” A snort escaped him. “He’s even worse at it then you are.”

“Probably something about being a prince and not having to actually cook for himself. At least he’s trying. More than I can say for you.” I stooped to search for my Crocs, pushing through dust bunnies and clumps of what suspiciously looked like unicorn droppings. “Christ, Phin, use the toilet or go outside or something.” I snatched my hand away.

“That’s not me. I think you’ve got mice.” His tone became wheedling.

“With what? Gonna turn my tail into a broom?” The furred tuft in question flicked as if to make the point.

“I’m sure you’ll come up with something. Besides, aren’t unicorn horns proof against poison? Purifying water, that sort of thing? Surely something that can bring a dead man back to life can disinfect like Lysol?”

Here is a little something about Book 1 in the series:
A Brush of Darkness
Book 1 Abby Sinclair Series

The man of her dreams might be the cause of her nightmares.

Six months ago, Abby Sinclair was struggling to pick up the pieces of her 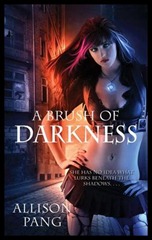 shattered life. Now, she has an enchanted iPod, a miniature unicorn living in her underwear drawer, and a magical marketplace to manage. But despite her growing knowledge of the OtherWorld, Abby isn’t at all prepared for Brystion, the dark, mysterious, and sexy-as- sin incubus searching for his sister, convinced Abby has the key to the succubus’s whereabouts.

Abby has enough problems without having this seductive shape-shifter literally invade her dreams to get information. But when her Faery boss and some of her friends vanish, as well, Abby and Brystion must form an uneasy alliance. As she is sucked deeper and deeper into this perilous world of faeries, angels, and daemons, Abby realizes her life is in as much danger as her heart—and there’s no one she can trust to save her. 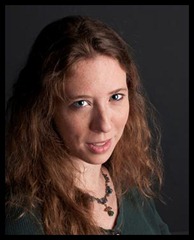 A marine biologist in a former life, Allison Pang turned to a life of crime to finance her wild spending habits and need to collect Faberge eggs. A cat thief of notable repute, she spends her days sleeping and nights scaling walls and wooing dancing boys….Well, at least the marine biology part is true. But she was taloned by a hawk once.  She also loves Hello Kitty, sparkly shoes, and gorgeous violinists.

She spends her days in Northern Virginia working as a cube grunt and her nights waiting on her kids and cats, punctuated by the occasional husbandly serenade. Sometimes she even manages to write. Mostly she just makes it up as she goes. 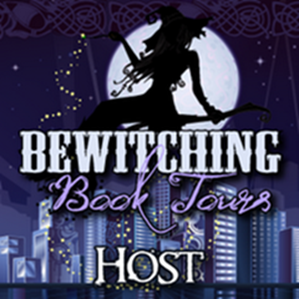