Book Tour: Return of the Legacy by KH LeMoyne 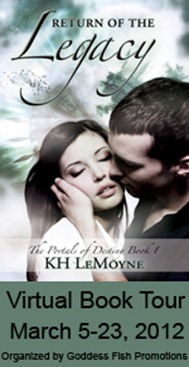 A Take on Writer’s / Reader’s Slump

Thank you to All The Days Of for having me and challenging me with such an interesting post topic!

Let me first say that I do have an approach for both of these, at least one that works for me. And my definition for ‘slump’ = not wanting to bother, feeling unsatisfied.

Let me take the reader’s slump first. Like many people, I have my go-to list of favorite authors and they range across several genres. I’ve loved to read since I was young and my major regret as a full-time writer is that I no longer have the time to read as much as I would like. But there are still new books coming out and wonderful deals on new authors on Kindle and Nook and other sites, so my to-be-read pile is huge. And it’s not all romance.

Don’t get me wrong, I love that wonderful high of finishing a great romance. And I love finding an author who has a series so I can just keep right on reading in their fictional world. But that’s not always possible. I also typically read other genres than what I’m writing. So, if my latest story was more high fantasy—I tend to read suspense, urban fantasy or even thrillers. If I’m writing urban fantasy—I tend to read suspense, comedy, and lately, I’ve added young adult to the mix and sometimes non-fiction.

So my first recommendation for a reader slump is get outside of the box of what you normally read. Try another genre. Sometimes your favorite authors actually write in other genres. Try those. Or if you have a character type that you tend to like, such as a strong alpha male or female, look for stories that headline those types of characters, whether it’s romance or not.

For writer’s slump, hmm. I don’t have the problem of not knowing what to write. I have more than enough stories planned for all my series to keep me busy. By that, I mean I have actual plots and characters with snippets and actions waiting in files to be put on paper. Characters hounding me to finish the book I’m working on and give them some satisfaction.

What I do run into is the sluggish feeling that can accompany the writing of a scene. As a little background, I’m a plotter. My stories already have the character arcs developed and an outline of forty to sixty scenes before I start writing the book. I know where the story starts and where it will end before I begin. And I know the major incidents that will have to take place to get from here to there. Some bits of those scene details have snippets of dialog, others will just have the major plot points that are covered in that scene. I’ve done this for Return of the Legacy as well as a general overview of the Portals of Destiny series arc. It help me stay on track with the point of the series and each book.

However, there is still a great deal of flexibility in the actually writing and the brain kicks in with its own creative influence as the process evolves. So pantsers, don’t write off the benefit to doing some outline and structure first! When a scene just isn’t working and I get that sluggish “I don’t want to write this” feeling, for me, it is actually a sign that I need to go back. I’ve learned that the hesitation and reluctance is associated with the need to flush out something more, develop the excitement for that scene, or consider some reconstruction. Sometimes all that is required is a change in the POV for the scene. Other times it may require scrapping the scene in favor of a stronger delivery for the plot points and character growth required.

I hope both of these are of help to someone out there, reader or writer. I would also love to hear about your approaches and successes dealing with these issues so please don’t hesitate to comment or send me an email.

Thank you so much for your hints, Kate.  I am in a bit of a reader’s slump at the moment, so I might try some of your suggestions :)

Return of the Legacy
by KH LeMoyne

Born a magical empath, Logan MacKenzie has spent his life protecting his family from discovery. Evil has found them anyway. What begins as Logan’s search for answers on Earth becomes a race for survival in the magical dimension of Loci.

The battle to save those he cares about will reveal his true lineage—the bloodline of the Makir, one half of a pair of sentinels chosen to guard the mystical portals between dimensions. The price of his acceptance: a love he never imagined possible and a heartbreaking choice. 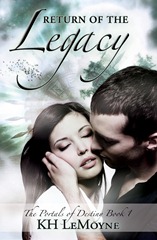 Her family attacked, her home destroyed, and now stranded on Loci, Briallen of Tir Thar, descendant of a magical race, has only to summon the power within her to return to her own dimension—or so she had hoped. Unfortunately, her powers aren’t cooperating, and the sorcerer bent on her family’s destruction will stop at nothing to possess her.

Raised without knowledge of the portals, the Makir guardians, or her own destiny, Bri takes a leap of faith in an alliance with Logan. Embracing an uncertain power and accepting his goals as hers offers her the only way home. If they fail, the consequences of allowing the portals to fall to evil are unthinkable—the destruction of every magical dimension throughout space.

Warning: This is a fantasy romance, containing magic, love, and courage. The omission of vampires and shapeshifters is intentional.

EXCERPT
A glint of steel flickered in the shadowed dusk.

Logan shifted his eyes to make out the owner of the deep rasping voice. He slid his hand higher to palm the child’s head and shield her.

The sword was fisted in the hands of one short, but solid, old man. White hair was plastered to his head. Fierce eyes challenged Logan’s, urging him to make a wrong move. Logan had no doubt a mistake now would end his life. Practiced calm seeped through him and froze him in place.

“Logan.” Robert moved closer, but a sword blade from a second person motioned him silent. Robert sank to his knees beside Logan, hands raised in submission in an attempt to defuse the aggression and take the brunt of the attention.

The position would make no difference. Robert was as deadly on his knees as he was on his feet. So was Logan if the protection of the fragile child hadn’t come first.

“There’s no need to hurt anybody.” Logan’s voice stayed calm and low. “We’re no threat.”

“That’s not for you to determine,” the older man rasped.

He moved his second hand from the rock to the sling.

The deep, sultry voice drew Logan’s gaze to the woman’s face. His eyes narrowed. He moved back as she reached toward him, but the sword stopped his movement. Slender long fingers touched the sling with a gentle touch. They paused to cover Logan’s hand on the child’s head, and then retreated. Beneath her hood, he saw the outline of full lips and high cheekbones. Recognition struck a blaze through his body in spite of the wet and cold.

“Stay back from them, Briallen. They’re likely Vandals. Or scouts.”

Her hood feel back. Almond shaped eyes widened before her delicate brows drew together in puzzlement. “No, they are not.”

Ignoring the rivulets from rain that streamed down his face and the sword at his neck Logan met her gaze. “The girl is very sick. She needs a dry, warm place and some medical attention.”

The hand gently pushed aside the blade at Logan’s throat. “Hefin, there is no harm here.” 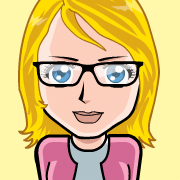 A former technology specialist, KH LeMoyne now writes romance fulltime with series in urban fantasy, high fantasy, and scifi/futuristic. She lives in Maryland with her wonderful husband and corgi. Much to her dismay, she rarely encounters supernatural beings other than on paper. Visit her website: http://www.khlemoyne.com/  or blog: http://fantasypoweredbylove.com/ 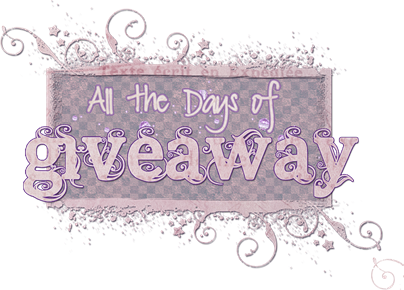 The author will be giving away a $25 Amazon or Barnes & Noble GC to one randomly drawn commenter during the tour as well as to the host with the most comments (excluding the author's and the host's). Additionally, she'll choose two randomly drawn winners of The Dragon Rider’s Gift eBook (A Portal Tale), due for release May 1, 2012. 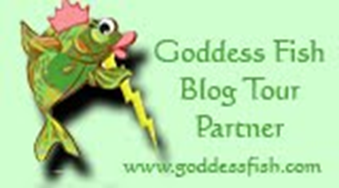