I found a post by Shelleyrae of Book’d out where she lists free downloads that she finds on the web and I thought that its a brilliant idea.  So here I am, with my version.
(Click on the pictures, and it will take you to the downloads.)
From Smashwords:
The Demon Girl by Penelope Fletcher 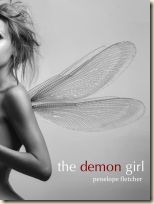 Rae Wilder has problems. Plunged into a world of dark magic, fierce creatures and ritual sacrifice, she is charged with a guarding a magical amulet. Rae finds herself beaten up, repeatedly, and forced to make a choice: to live and die human, or embrace her birth-right and wield magics that could turn her into something wicked, a force of nature nothing can control.

I have a “thing” for dystopian books lately and I found this zombie one.
Zombie Nights by Tom Lichtenberg

Being a zombie, not so easy. That could have been Dave Connor's six word memoir. "At first he couldn't remember how he'd ended up in that shallow grave; he just knew it was hell to claw his way out, and that the taste of its dirt would remain in his mouth for the rest of his time on this earth" ... Expect the unexpected in this existential resurrection thriller.

What about Romance?  I found these on Everyone’s Reading.
Wicked Rake, Defiant Mistress by Ann Lethbridge 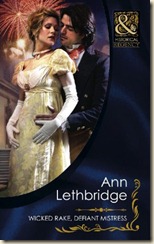 Stand and deliver!
When a mysterious woman holds him at gunpoint, Garrick Le Clere, Marquess of Beauworth, knows he’s finally met his match!
Alone, with her home lost to creditors, Lady Eleanor Hadley has taken drastic steps. She’s without hope – until a notorious rake offers a way out of her predicament…
When will Garrick discover that his new mistress is not only a virgin, but also a Lady – with a dangerous secret life? But the pleasure she brings may be just what he needs to soothe the pain from his past…
Then this one, I found on Scribd.
Letters to my Mother by Rebecca Heath