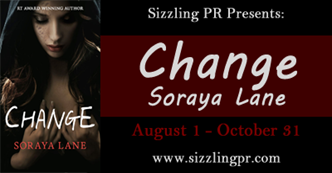 Why I Love Romance

There’s a reason I fell in love with the young adult genre after I read the Twilight series… the romance. Edward’s love for Bella was so intoxicating that I couldn’t put it down, and that’s why I personally think that Stephanie Meyer is such a wonderful story teller. I was so hooked on the books I was reading no matter what I was doing – even cooking dinner!

Then I discovered other series within the young adult genre, became obsessed in general with paranormal romance, and fell in love with the t.v. series of Vampire Diaries. Don’t even get me started on the Salvatore brothers! And the Hunger Games for me were the same… it was the romance between Gale and Katniss that really had me hooked. I was desperate for her to just kill everyone (Peeta included if need be) just so she could get home and fall into Gale’s arms. It’s also why even the thought of the third book in the Hunger Games series makes me get all angry with the author and want to kill her :)

Don’t get me wrong, I like all types of romance novels, but the intensity of young adult books are seriously addictive, to me anyway. In general, paranormal romance (regardless of the target reader age) is too, usually because the hero has really intense alpha qualities, and because the situations the characters find themselves in requires the hero to protect the heroine from some sort of evil.

Do you love young adult romance? If so, why? I’d love to know your thoughts.

For more information about my books, I’d love you to visit me at my website www.sorayalane.com, or connect with me on Twitter @Soraya_Lane. I often do giveaways of my latest releases, and Twitter is the best place to find me! 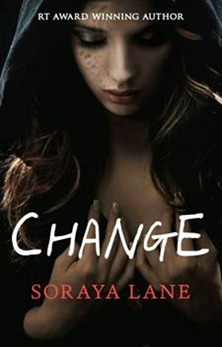 When her twin sister dies of a mysterious heart condition, Riley King is sent to her grandma’s ranch. But instead of the isolation she’s been aching for, she learns of a family secret that’s been deliberately kept from her, until now.

As if finding out she’s actually a leopard wasn't enough shock for one vacation, Riley meets Hunter Logan … the guy she’s promised to. For life. But Riley has no intention of being told what to do by anyone, certainly not some stubborn, dominant shifter. Even if he can make her purr, her claws are slicing out. Until Riley realizes that not fulfilling her destiny would commit her sister to a life on the other side without her ... 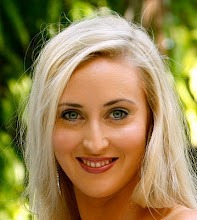 RT award winning author Soraya Lane describes being an author as a dream come true. An avid book reader and writer since her childhood, Soraya now divides her time between writing, being a mom and caring for the many animals on her small farm in New Zealand.

In addition to young adult fiction, Soraya also writes contemporary adult romance for Harlequin Mills & Boon. For more information about all her books visit www.sorayalane.com or follow her on twitter @Soraya_Lane.

Hunter inched closer, until he was bent over, a hand resting on either side of her, his face hovering above hers.

Her pulse started its frantic pace. “You do?”

Now it was him laughing at her. “Could I make it any more obvious?”

She looked up hopefully, wishing he’d show her. That he’d do something to make her believe him. That he wasn’t just saying it because he felt he had to. Because they were meant to be together, to like one another.

Hunter’s lips fell to her forehead. She tilted her face up to him, wishing he’d just kiss her properly. She’d dreamt of kissing him again, of his lips on hers, of them pressing against hers over and over again until he couldn’t kiss her anymore.

His hands were still planted on the leather seat on either side of her. She could feel him tense as he moved further forward, thrust his body so it fit snug against hers.

“Riley.” He whispered her name. She watched the shape of each syllable play over his mouth.

His lips came swiftly towards her then, met hers firmly yet softly all at the same time. Riley sighed into his mouth as he kissed her, as his mouth grazed hers.

Hunter’s lips left hers as quickly as they’d found them. She watched him snap up straight, his stance angry.

There were three guys standing near them, two eyeing his motorcycle, the one who was speaking looking straight at her. They’d both been so distracted they hadn’t noticed them approach.

It didn’t feel good. Fear touched every inched of her skin.

“Hunter,” she whispered, loud enough for only him to hear.

He raised his hand in her direction, the smallest of movements. She bit the inside of her mouth so hard she tasted blood.

Hunter’s body was angled toward the men. He looked like he was going to kill them. His back was straight, feet planted evenly apart, eyes flashing with anger, with a wildness that she hadn’t seen before.

Riley almost swallowed her tongue she gulped so hard. He could kill them, all three at once, if he changed. Could wipe the smirks off their faces quicker than they could run. But she didn’t want that.

“We don’t want any trouble.” Hunter kept his voice even. Steady. Just like his stance.

The guys snickered. “Yeah?” said the one who’d spoken first.

Hunter stood tall, eyes fixed on the guy who appeared to be the leader. “I think it’s time you moved on.”

That only made them come closer.

“Listen to the girl,” one of the guy’s taunted.

“No!” The word hissed from her as Hunter launched at them.

She was scared he was going to change, but his control was faultless. He grabbed the first guy in a movement so fast he didn’t even see it coming, then slammed him into the ground. She could see how tight he was holding him, knew he could snap his neck in an instant if wanted to. If he let himself go.

Hunter’s foot kept him pressed face down while he stared at the other two. She watched the animal within him flicker, could almost hear the growl echoing in his chest.

“I think it’s time you went home.” His voice was cool.

The other two men disappeared. Hunter let his foot go and gave the guy on the ground a shove forward. “You too.”

Riley was too shocked to move. Hunter pulled her arms up and helped her into his jacket.

She took his hand as he pulled her up, let her head fall back as he planted a rough kiss to her lips, before dropping his helmet gently on her head.

“They’ll be back soon, with more guys and tire irons,” he said grimly. “I’d rather not change and take them all. Not here.”

All she could do was nod, even as he lifted her off the pavement and put her on his motorcycle.

Hunter stood back then, eyeing her. She watched as he rocked back on his feet, eyes set softly on hers. “I’m sorry you had to see that.” He looked guilty. “I didn’t scare you, did I?”

Riley shook her head. The situation had scared her, but Hunter hadn’t. All she’d know for sure was that Hunter wouldn’t let them hurt so much as a hair on her head, and he’d been more in control than she’d expected he could be. Given the threat.

A sad look passed over his face, one she couldn’t read.

“I know I look like the bad guy, Riley, but I’m not.” He gave her a wry smile, shuffled his boots before meeting her eyes again. “I’m the good guy here. I would never, ever hurt you.”

Riley’s face flushed hot. “I know.” Her voice came out as barely a whisper. “I know.”