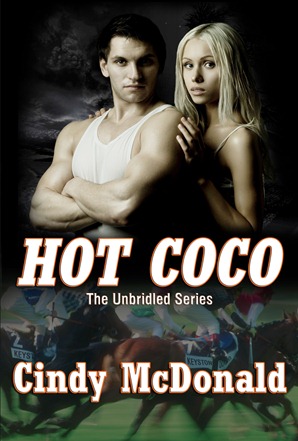 That’s right, Coco Beardmore is sizzling hot and she’s landed in Mike West’s Lap. The problem is Coco’s middle name is chaos! Her driving skills are a real bang--into Mike’s horse trailer, and her sultry seduction will set the room on fire--the kitchen that is.

What’s worse is her Thoroughbreds ability to mimic their owner’s habit of screwing things up. It’s enough to drive a normally calm and collected Mike West to the very edge.

Oh yeah, things are hot around Westwood Thoroughbred Farm… and someone’s about to get burned!

Author Bio:
For the past twenty years Cindy has helped her husband raise, train, and race Thoroughbreds at their forty-five acre farm known as Fly-By-Night Stables near Pittsburgh. 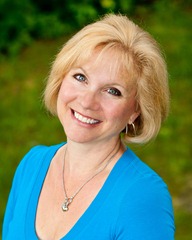 During those years Cindy has paid close attention to the characters that hang-out at the back-side of the track.  She found the situations and life style most intriguing. In 2005 she sat down at her computer and began a journey into writing about this life that few understand.

Cindy has recently retired from making her living as a professional choreographer. She owned and operated Cindy McDonald’s School of Dance since 1985.  She studied at Pittsburgh Ballet Theatre School and with the Pittsburgh Dance Alloy at Carnegie Mellon University to name a few.  She has choreographed many musicals and an opera for the Pittsburgh Savoyards.

To find out more about future books of the Unbridled Series, please visit Cindy’s website at: www.cindymcwriter.com

My books, DEADLY.COM and HOT COCO are available on amazon: 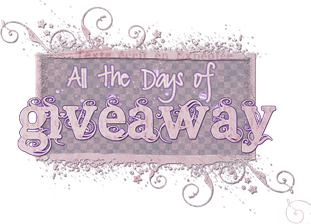 If you are as intrigued as I am, you now have a change to win a eBook copy of Hot Coco.  Leave a message for Cindy and I will draw a winner on 10 August 2012.