Getting Creative On A Schedule

One Author Explains How, When It Comes To Writing, Routine Is Essential

I have a muse. Her name is Bridgette, and she and I get along, for the most part. Honestly though, she can be a real flake sometimes. I also suspect that she may unsuccessfully be trying to break a smoking habit, because there are days where Bridgette will duck out, leaving me to stare at the blank page on my laptop wondering where all my great ideas just went.

Even when Bridgette sneaks out for a smoke break or takes the entire day off (almost always without calling ahead), I still have to write. Muse or no, the words must go on the page.

Inspiration certainly has an honored place among all artists, but for most of us, inspiration cannot sustain us through the creation of an entire work, especially a months-long or years-long project like writing and polishing a novel. This blog post is about the decidedly unsexy way most authors – myself included – actually get that whole writing thing done: we turn writing into a routine.

Art and routine ; the two concepts seem to go together like oil and water, but actually routine is almost a necessity for most authors. Writing a novel is an endeavor that requires hour after hour, day after day of steady concentration to build, to polish, to tear down and rebuild.

Inspiration still has its place, of course, but inspiration rarely reaches fruition without a strong established work routine behind it. Take my experience for example:

The impetus for my debut novel Falling – Girl With Broken Wings was a scene that flashed across my mind in a sudden moment of inspiration. I saw a college-aged girl huddled at a table in a bland motel room, shivering, trying to hold herself back from doing something terrible. In the second bed behind her, a boy sleeps, completely unaware of the turmoil the girl is going through. His body is outlined in a beautiful swirl of incandescent energy. It’s this energy that draws the girl, that calls to her like a siren’s song. She stands, and as she walks toward the bed, the skin of her palms peels back, and veiny orbs lift out.

When this scene first came to me, I immediately flipped open my laptop and began to write what I saw. Those words became the prologue for my novel, but after it was down, I realized that the rest of the book wouldn’t come so easily. Completing my novel would take dedication, a harnessing of creative energy and a strong show of support from Bridgette the muse.

Over time, that single scene blossomed into a story. The girl in the motel room became Maya, my quirky narrator who is kidnapped and changed into something other than human. The sleeping boy turned into Gabe, her good-natured and too-trusting half-brother. As the scenes progressed, Bridgette and I settled into a routine. I found that it was easiest to write in the morning as soon as I woke up when my mind was fresh and unencumbered by the responsibilities of the day.

Soon enough, I started waking up naturally at 6 AM and automatically reaching for my laptop. Every day for two years, the hours between 6 and 8 AM each morning became scared writing time. It didn’t matter that the words weren’t perfect, that the plot was a little threadbare in certain places or that Bridgette was out sick for the day. The words came anyway, piling up, turning into something real.

This, in my mind, is what art looks like. It’s not a spark or a transcendent moment. It’s 6 to 8 AM every morning come rain or shine or a cranky muse. After two years of work, Falling was complete. That initial burst of inspiration was now swaddled in a complete story that was completed through routine bursts of creativity. Even after Falling was done, the routine continued, and I’m proud to announce that I just released a follow-up novella, Coping, this month. I’m also hard at work on Landing, book two in the Girl With Broken Wings series, which is slated for January, 2013.

If you want to accomplish something great, whether it’s a novel or some other endeavor, don’t wait on your muse to show up all cheery-eyed and rosy-cheeked. Trust me, that won’t happen too often. Instead, I suggest opening up a regular spot in your schedule which you dedicate to achieving that goal. Keep that time sacred. Don’t let worries, outside obligations or a muse with a smoking habit steal that time away, and you’ll be amazed at what you can accomplish. I know I was.

Falling is J Bennett’s debut novel and the first book in the Girl With Broken Wings series. It is currently available as an ebook for $2.99 on Amazon, Barnes & Noble and Smashwords. Learn more and read a free sample at www.GirlWithBrokenWings.com or visit her Facebook page for news and updates. Coping, a follow-up novella was released in July, 2012. J Bennett is a professional copywriter and copyeditor. She also writes the blog www.ShyWriter.com.

Maya knew something was wrong. The stranger’s glowing hands were a big tipoff.
When the stranger murders Maya’s boyfriend with a single touch, drags her to an abandoned storage unit, and injects her with a DNA-altering serum, Maya prays for a savior.
Instead, the college sophomore gets a double helping of knight-in-not-so-shining-armor when two young men claiming to be her half-brothers pull off a belated rescue. Now Maya is swiftly transforming into an “angel”, one of the scientifically-enhanced, energy-sucking creatures her brothers have spent their whole lives trying to destroy.
Maya’s senses sharpen, her body becomes strong and agile, and she develops the ability to visually see the emotions of those around her as colorful auras…beautiful auras…tempting auras.
One brother wants to save her. The other wants to kill her before she becomes too strong. Maya just wants to go home.
Struggling to control the murderous appetite that fuels her new abilities, Maya must find a way to accept her altered condition and learn to trust her brothers as she joins them in their battle against the secret network of powerful and destructive angels.
Oh, and she’d like a few words with the one who changed her. Words, then lots of stabbing. 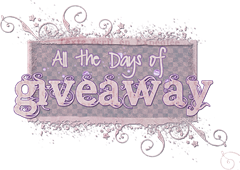 I also have been given the opportunity to offer a few eBooks to my lucky readers.  So if you are eager to read the first in the series, just leave a comment for J Bennett here before 27 July 2012.