Dominique is a typical teen in a boring Texas town, where the most exciting thing is the annual turnip green festival. When the charismatic Caden Hanover enrolls in her high school, her life takes a heart-pounding turn. From the moment she sees Caden, she is irresistibly drawn to him. She has no idea that not only is he a vampire, but that he knows she is the reincarnation of his human wife—the wife he hasn't seen in almost two hundred years. He is determined to reestablish their passionate love. He won't stop until he claims Dominique as his own—and eventually makes her his vampire bride.
Sweet Savage Blood is a story of undying love sweeping across time from the 19th century to the 21st century.

I grew up reading the old romances like Shanna and Angelique and The King. I read in the family camper in the backyard so I could have privacy. As a tween, I read Gone With The Wind ten times in a row.
I love the paranormal genre, but I thought most vampire and werewolf novels were too explicit. Don't get me wrong, I love erotica, but it's not for tweens and teens.
I decided to write a book that contained paranormal elements, and at the same time combined those with the fire and passion of traditional romances. That's how Sweet Savage Blood came about.

There's a place on earth Madison has just discovered she hates more than the school cafeteria: the opera. Stuck between her parents, she fidgets and squirms in the ruby-colored plush theater seat. She’s been trying to enjoy a formal evening production of Puccini’s La Boheme but opera isn’t her favorite style of music. Her parents had insisted she join them as a misguided birthday present because she’s never been to the opera before. The only thing she likes is the dressing up in a fancy ball gown part of it.

She gets a tickle in her throat and starts coughing. Not wanting to disturb anyone, and eager for any excuse to escape, she jumps up to find a water fountain.

As she enters the empty lobby with its luxurious thick red carpet and dazzling chandeliers, she’s not sure where to go. The lobby is immense, connected to many hallways and, inconveniently, there are no signs to indicate where anything is located. As she rounds the corner of a deserted corridor, she comes face to face with him.

The vampire who violated her home, showed up at her school, and accosted her in a dressing room is now boldly standing in front of her. He's dressed in an elegant tuxedo as if he were there as a regular patron of the opera. She hates to admit it, but he looks . . . scrumptious.

“Happy Birthday, Madison." He says, as he moves closer to her with his panther-like gait.

Unconsciously backing away, Madison asks contemptuously, “You?! What are you doing here, thing?”

“Stalking you. I must say, you look exceptionally stunning in that gown. Blue is definitely your color.“ His eyes flicker appreciatively up and down her, taking in every detail.

”I’m prepared for you this time, bloodsucker. I have a stake on me,” she warns him. To show him she means business, she lifts her long, satin skirt to reveal a royal blue garter belt on her thigh with a pointy stake tucked in it.

Quentin lifts his eyebrow at her audaciousness in showing him skin so easily. “People are right around the corner.”

Annoyed, Madison demands, “Again, what is it you want, vampire?”

“Isn’t it obvious? I want you.” In a blink of an eye, Quentin is up against her, aggressively pinning her to the wall, his face leaning down toward hers. She can feel his ragged breath on her skin, smell his scent of expensive cigars and leather. He bends down, and, with his lips soft and caressing like a lover’s, leaves a trail of burning kisses on her neck. 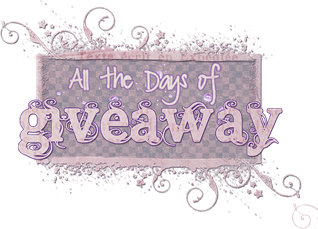 Carolina has generously given me the opportunity to brighten someone’s day by given them a copy of Sweet Savage Blood.  Just leave a comment for Carolina and I will draw the lucky name on 17 July 2012.