Book Tour and Giveaway: The Last Awakening by Rachel Firasek 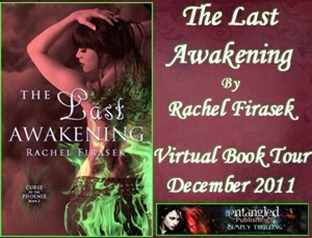 CURSE OF THE PHOENIX - Book Two

Book Description:
For three hundred years, Arabella’s life has been one meaningless death after another. In a cruel twist of fate, Osiris–god of the Underworld–gifts the phoenix her mortality and returns her voodoo magic. If she fails to harness her wayward magic and save a man worthy of a second chance, 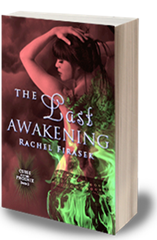 she’ll forfeit her power and her soul–forever.

Ex-soldier Greyson Meadows desperately wants to be freed from the nightmares and guilt that haunt him after the tragedy that brought him and Ari together. Confronted by the waif of a woman who forces him to face his worst fears, he resists, fighting the need to keep his personal demons hidden instead of setting them free.

When Ari becomes the target of her own magical blunder, it’s not just her life in danger, but now the one of the man she loves.

Grey propped himself against the inside of the door. He’d given her a few minutes alone after work while he grabbed his bag from his car. In fact, he’d spent at least a good ten convincing himself he could do this. Now, he wasn’t so sure, but he would still fix her door before he left. Damn woman hadn’t even locked it. He’d knocked twice and stepped inside when she didn’t respond.

He’d wait. Through the paper-thin wall he listened to the shower and then the light patter of dainty feet running across her room. This really was the worst apartment he’d ever seen. Worse than some of the military tents he’d lived in.

He sat his bag beside him and tapped his fingers along the door. Any day now. Her bedroom door flew open, and she rushed out. He’d imagined her in silk pajamas with beaded nipples teasing him and begging for his taste—not the sweatshirt or the flannel bottoms. They weren’t bad either and actually may have added to her

She sagged a little and dropped a hand across her chest. The smile she’d met him with slipped. “What?”

“You’re beautiful.” Damn, if he didn’t stop putting his foot in his mouth.

She blushed, painting her cheeks with the prettiest shade of pink before she ducked away from him. “What’s in the bag?”

“You need more protection.” He pulled out his wallet and fumbled through the slots for a business card. She leaned in closer and stood on tiptoe, watching his every move. “Nosy?”

When he handed her the card, she frowned.

“What did you think this was?” he asked.

She didn’t answer, but her pink cheeks shouted it loud and clear.

“Did you think I was going for a condom?”

She turned away, sank down onto her sofa, and pouted.

Surely she didn’t think…nah, no way could she want…He burst into a fit of laughter. Christ, how long had it been since he’d laughed? Really laughed? She was feisty as hell. He wanted more than anything to snatch her up and carry her to her creaky bed and let Mike—and whoever else wanted to—listen through her walls as he connected with her in the basest of ways. But first, they had things to get out in the open.

He chuckled harder and moved closer to her. “I’m sorry to disappoint you. I brought some locks over. Before I leave, I’ll install them.”

She sputtered. Her eyes sparked for a moment, and when she blinked a soft cloud covered the amber. Shit. Smoke floated across her eyes like something straight out of a B movie. He shook his head and pinched the tender skin above his brow. Damn hallucinations. He thought he was past them. “Are you okay?”

“You laugh at me and then want to know if I’m okay? Really?”

“Your eyes. I thought I…never mind.” Shut up, man, before you show her what a fucking freak you are.

Ari spun away from him. She gathered deep breaths, stretching the muscles in her back tight. “I’ll be in my room while you do whatever it is you’re going to do. Come get me when you’re done and can remember your manners, s’il vous plait.”

She didn’t stop for him. Damn, he’d been an ass. Exactly what he said he wasn’t going to do. His plan had been to fix her door. Maybe have a beer with her. Find out how she was dealing with what happened, and possibly share some of his sorrow. But he’d think twice about the drink if he was going to start seeing shit. He’d had all the flashbacks he wanted in a lifetime, but to actually start hallucinating was too much. The alcohol was screwing with his head. Might be time to cut back.

He installed the new deadbolts and loaded his tools. The bedroom door remained shut, but the light peeked from beneath it. He crossed to knock softly on the thin wood. “Ari?”

“I’m done. I’ll let myself out…come lock up after me.”

Yeah, he’d screwed up and he’d be lucky if the one person he could connect with, who’d understand, ever talked to him again. 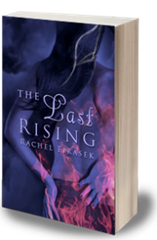 CURSE OF THE PHOENIX - Book One

After paying two millennia’s penance to Osiris, world-weary Phoenix Ice has had enough. Saving souls without any hope for her own redemption isn’t how she imagined spending eternity. Fed up, she decides her next death will be her last. But when she sacrifices her own life for a sexy Texan in a catastrophic plane crash, she has no idea the consequences will be so great…or that she’ll end up back in his life for her next assignment.

Now that Turner Alcott has survived the worst, finding a wife and mother for his son matters more than ever before. When the mysterious Ice comes into his life, Turner knows she’s the one—but love is the last thing Ice wants. If he wants to win her heart, Turner must teach Ice how to forgive herself, and prove that love is the ultimate sacrifice.

Rachel Firasek grew up in the south and despite the gentle pace, she harassed life at full steam. Her curiosity about mythology, human nature, 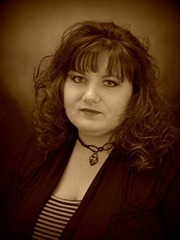 and the chemical imbalance we call love led her to writing. Her stories began with macabre war poems and shifted to enchanted fairytales, before she settled on a blending of the two.

Today you’ll find her tucked on a small parcel of land, surrounded by bleating sheep and barking dogs, with her husband and children. She entertains them all with her wacky sense of humor or animated reenactments of bad 80’s dance moves.

She’s intrigued by anything unexplained and seeks the answers to this crazy thing we call life. You can find her where the heart twists the soul and lights the shadows… or at www.rachelfirasek.com . 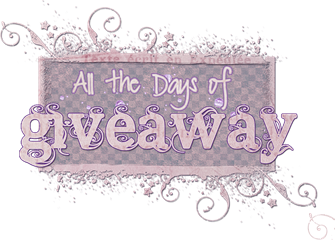 I have one eBook copy of The Last Awakening to giveaway today.  If you want to get your name thrown in the hat, just leave a comment below and I will draw a winner on 30 December 2011.  Good Luck! 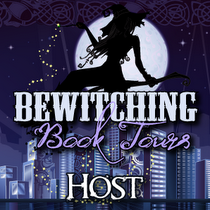