Let’s talk about being a pantser!

Now, I know you’re asking… What the heck is a pantser?

Hi, hello, that’s me! Okay, okay, I can’t take credit for being the only pantser out there. There are many, many, many of us. We’re the types who “fly by the seats of our pants.”

There is no one single “right” way to write a novel. Some people are plotters and some, like me are pantsers. At first, I didn’t realize this. I thought you had to do everything a certain way.

That made writing look like such a daunting task. When I think of outlining, plot structure, and word counts it makes me balk. “I can’t write 80k words! No. I just can’t do it!”

The thing is, you can do it. I did. Several times in fact.

Writing doesn’t have to be hard. The biggest lesson I had to learn was to relax and not focus on the end result. That’s the thing that stops a new writer from finishing a story. When you’re on word 1 and you have 79,999 more to go to reach your goal, you feel like you’ll never make it. And that’s just the writing it down part. Beyond that you have characters to invent. Those characters need backstories and lives of their own. They need names and jobs and families. Trying to plan that all out and get it all down on paper is enough to make you go insane.

Back when I started writing Immortalis Carpe Noctem, (Book one in my Immortalis series) I let that kind of stuff haunt me. I felt I had to plot everything out. I worried if my chapters would be long enough and if I could really ever hit that magical word count to qualify as a novel.

It took me 5 years to finish Immortalis. I kept forcing myself into the little box of plotting out everything down to the smallest detail and then hating where the story went. My characters wouldn’t talk to me, and all because it was in my outline, I kept trying to make them do things that didn’t feel right. Then when a chapter would end before my scheduled word count, I would try to force a chapter past its point. I ended up adding in too much unnecessary detail, because I felt each chapter needed to be a specific length.

Eventually, I set the manuscript aside, frustrated with it.

While I let that one settle, I allowed myself to “free write,” not caring if the story made sense or if it was ever going to be read by anyone.

You know what I found out?

My muse doesn’t like to be boxed in. I could write thousands upon thousands of words when I removed the limitations of a formal outline and dropped my word count goals.

Some authors need that structure and that is great for them. Me, I needed freedom. And I bet a lot of others need it too.

Once I realized that, I went back and rewrote Immortalis Carpe Noctem in a short time. After that, I wrote the sequel, Hunters & Prey, and then the third book, Pandora’s Box (scheduled for release July 12, 2011)

It was that “relaxing” and allowing my muse to speak without worry that helped me to finish my story.

So now, whenever I see a new writer saying, “Oh, I can’t write. It’s too hard.” I tell them the same thing. Just relax. Don’t worry about the end result. Get your story on paper the way you want it. After that, you can worry about “fixing” things. If you can’t get past the initial draft, you will never finish it and make yourself frustrated.

Thanks for reading, and if you want to check out my work, you can find me at 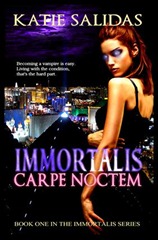 Synopsis:
Bleeding to death after brutal mugging on the campus of UNLV, Twenty-five year old Alyssa, is rescued by the cold and aloof, vampire, Lysander. Taking pity on her, he shares the gift-and curse-of immortality. She awakens as a vampire and is soon devastated by harsh realities of her new way of life: the loss of her friends, her independence, and her humanity.

As if having her humanity stripped away was not enough to make life interesting, Alyssa finds out her “turning”, did not go unnoticed by the rest of undead society. Old enemies; an ancient sect of vampire hunters, known as the Acta Sanctorum, as well as a powerful Vampire mistress, each set plans in motion to destroy both Alyssa and Lysander.

Only by accepting her newfound immortality, seizing the night, will Alyssa hope to survive. She and Lysander must fight together against two sets of enemies bent on destroying them both. 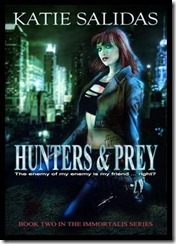 Synopsis:
Becoming a vampire saved Alyssa from death, but the price was high: the loss of everything and everyone attached to her mortal life. She’s still learning to cope when a surprise confrontation with Santino Vitale, the Acta Sanctorum’s most fearsome hunter, sends her fleeing back to the world she once knew, and Fallon, the friend she’s missed more than anything.

Alyssa breaks vampire law by revealing her new, true self to her old friend, a fact which causes strong division in the group that should support her most: her clan.

Worse yet, her revelation entangles Fallon in the struggle between vampires and hunters and The Acta Sanctorum is ready to attack again, with a new army of hybrid creations: the Frenzy Soldiers.

If Alyssa hopes to survive and keep her mortal friend safe, she’ll have to be willing to make a deal with the enemy, and regain her clan’s support. It will take everyone working together in a precarious truce to fight against the Acta Sanctorum’s new threat. 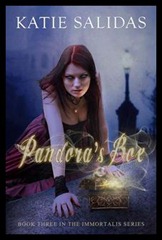 Synopsis:
After a few months as a vampire, Alyssa thought she’d learned all she needed to know about the supernatural world. But her confidence is shattered by the delivery of a mysterious package – a Pandora’s Box.

Seemingly innocuous, the box is in reality an ancient prison, generated by a magic more powerful than anyone in her clan has ever known. But what manner of evil could need such force to contain it?

When the box is opened, the sinister creature within is released, and only supernatural blood will satiate its thirst. The clan soon learns how it feels when the hunter becomes the hunted.

Apparently powerless against the ancient evil, the clan flees Las Vegas for Boston, with only a slim hope for salvation. Could Lysander’s old journals hold the key? And what if they don’t?

And how welcome will they be in a city run by a whole different kind of supernatural being? 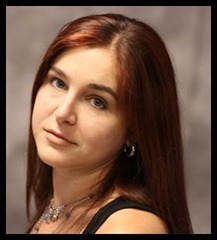 Katie Salidas is a Super Woman! Endowed with special powers and abilities, beyond those of mortal women, She can get the munchkin off to gymnastics, cheerleading, Girl Scouts, and swim lessons.  She can put hot food on the table for dinner while assisting with homework, baths, and bedtime… And, She still finds the time to keep the hubby happy (nudge nudge wink wink). She can do all of this and still have time to write.

And if you can believe all of those lies, there is some beautiful swamp land in Florida for sale…

Katie Salidas resides in Las Vegas, Nevada. Mother, wife, and author, she does try to do it all, often causing sleep deprivation and many nights passed out at the computer. Writing books is her passion, and she hopes that her passion will bring you hours of entertainment. 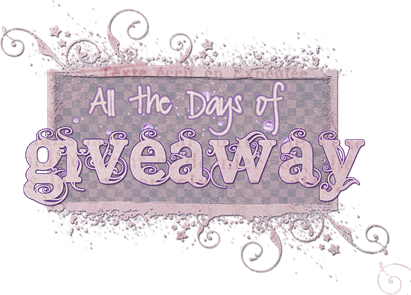 I have one eBook copy of the winner’s choice of one of the three books in the Immortalis Series.  Just leave a comment below and I will draw a winner on 27 December 2011.

There is also an international tour wide giveaway of a Grand Prize of a signed set of all 3 books in the Immortalis Series with book swag.  Just fill in the form below:

Winner will be chose on 01 January 2012 by Bewitching Book Tours. 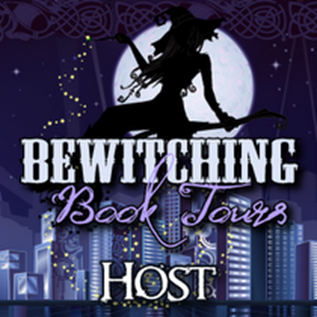