Book Tour and Giveaway for King of Paine by Larry Kahn 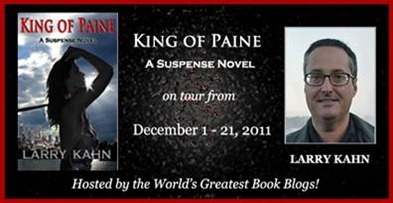 Larry has the floor today – here is what he prepared for us!

Crafting Intricate Plots: My Writing Process
I’m not one of those writers who can sit at the keyboard and let his characters take over completely–not that there’s anything wrong with that. Many people enjoy a fast, light-weight story, but I prefer to read more intricate plots, so that's what I write.

The premise for my first novel, The Jinx, had been brewing in my mind for years: could a conspiracy theory explain the "20-year jinx"--the phenomenon that saw U.S. presidents elected every 20 years from 1840 to 1980 either die in office or survive an assassination attempt? From that spark, I began brainstorming how such a plan could be perpetuated across generations, how it could avoid detection. What could have motivated such a passionate hatred?

At the same time I was hatching this nutty scheme, I searched for a protagonist who could unearth it in a natural manner, without relying on coincidence, yet still a rare enough occurrence to explain why nobody else had ever stumbled upon it. I came up with a raw Trust & Estates lawyer, Benjamin Franklin Kravner, who discovers a clue among a dead client's sealed papers when he makes a rookie mistake.

This brought me to a critical decision, one that could end in a disastrous false start if I failed to think through the key twists before writing. Would the clue Ben found turn out to be merely a mad conspiracy theorist's ramblings or a road map for a real assassination attempt? I won't tell you the route I chose, but The Jinx would have been a vastly different novel had I gone the other way.

Once my path was set, I began to outline the main plot, focusing on critical twists and then imagining the scenes that connected them. For each scene, my outline listed the setting, players, character developments, plot advancements, and a placeholder for later thoughts on incorporating themes. The outline took the form of a calendar--anchoring the story against a timeline helped me create the urgency that propels a thriller forward.

While still outlining, I figured Ben needed a high-placed source to help him confound the real or imagined conspiracy, so I created another character who also gives the reader an inside look at the presidential campaign. Her subplot introduces high-powered suspects whose political wrangling may or may not be indicative of a conspiracy that would place the life of her candidate, the sitting Vice President, in danger.

When I began to weave the subplots together, layering in connective details and themes, my ruminations about the passionate hatred necessary to motivate the conspiracy bore fruit. I saw a parallel between the way racism is passed down from generation to generation, one father to each son, and the way the conspiracy could have been perpetuated. The goal of the plot became grander--a second civil war--and a third point-of-view character, a pugnacious female reporter, was born to carry a subplot about growing hostilities between the white supremacy movement and a nascent black resistance.

So what started out as a somewhat whimsical tale about a bumbling lawyer chasing a conspiracy theory emerged as three intricately-crafted subplots woven together by a serious theme. While The Jinx still requires some suspension of disbelief, careful research, the credibility of the characters and their motivations, and the forethought that went into linking the plot lines earned the book excellent reviews and endorsements from civil rights leaders.

I developed the plot for King of Paine in a similar fashion. My brainstorming once again started with the underlying crime and the perpetrator's motivation. The story follows two seemingly unrelated investigations, FBI agent Frank Paine's pursuit of a stalker committing a series of kinky Internet crimes and a reporter, Roger Martin, tracking the disappearance of wealthy senior citizens across the nation. But as the perp's unseen narrative is exposed, the two stories connect, with both men driven toward the same mysterious place. A series of twists leads up to a finale in which the main characters' lives hang on resolution of a seemingly irresolvable dilemma.

It would have been impossible to craft this story without an outline because much of the mystery is created by the complex relationships among the characters and the precise timing with which pivotal facts are revealed. The two stories needed to unfold together at exactly the right pace over a two-week period, which I tracked using a timeline displaying daily advancements in character, plot, and themes.

I'll close with an example of how a subtle thread woven into King of Paine's fabric helps hold it together. In chapter one, a victim utters an odd phrase as a cry of distress. Over the course of the story it's revealed that the phrase is a line of poetry that has entered common usage, a main character authored the poem, and another significant character took life-changing actions because of its influence--actions that go to the heart of the story's mystery. That simple, five-word phrase adds another layer of complexity that helps give the novel a polished, integrated feel.

Thanks for tuning in, folks. Join me tomorrow at The Top Shelf where Misty will try to catch me off balance in a hard-hitting author interview you won't want to miss. And it's not too late to gain an advantage in the King of Paine Kindle Giveaway Contest--there are several ways to increase your chances of winning a new Kindle Touch 3G before the holidays!

King of Paine Synopsis:
King of Paine is a sexy, fast-paced suspense novel filled with characters who grapple with a range of intriguing end-of-life issues while everything 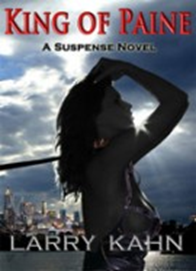 they care about is at stake.

A desperate patient. A rumored cure. How far would you go to find the fountain of youth?

The story follows two investigations, Special Agent Frank Paine's pursuit of a stalker committing a series of kinky Internet crimes and a reporter tracking the disappearance of wealthy senior citizens across the nation. Both paths lead to a hidden enclave where a brilliant biochemist harbors a deadly secret. Somebody is going to die there, and it may be Frank Paine's soulmate. Or him.

Author Bio: Larry Kahn, the author of The Jinx and King of Paine, 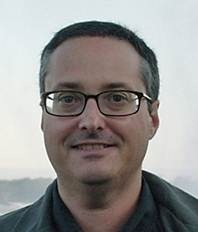 successfully negotiated the fast-paced world of domestic and international mergers and acquisitions for twenty years, first at a major New York law firm and then at an Atlanta Fortune 500 company. He penned The Jinx while on sabbatical in 1999 and is now devoted to writing fiction full time. Many of his more cynical legal clients and associates have accused him of writing fiction full time for many years. He resides in Atlanta with his family.

Larry developed a keen interest in social issues while attending Yale Law School, an idealistic spirit that continues to spice his novels. The vision of a colorblind America in his political thriller The Jinx led to endorsements by leaders of the ACLU, National Urban League and Artists Against Racism. And as the Baby Boomer generation scatters about the country, King of Paine envisions a renewed emphasis on family and tradition in which Americans create for their venerable elders, and ultimately themselves, a peaceful place to die. 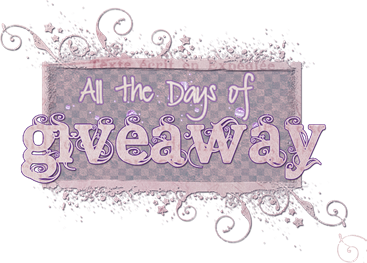 Larry has been so generous to offer us one one autographed trade paperback copy of KING OF PAINE to giveaway – and it is international!  I also have two eBook copies for two additional winners.  :)  Just leave a comment for Larry below.  Giveaway ends on 21 December 2011 and I will draw a winner on the 22nd of December 2011.