Fund Raiser (and giveaway) for the Ronald McDonald House

A little Introduction about the work that Ronald McDonald House does.
My daughter Ireland Joy Hose was due to come into the world on March 3rd,, 2012. Since my wife Marcee was going to have a C-section, her doctor scheduled her to deliver Ireland February 13th. It’s typical to schedule C-sections about two weeks before the actual due date, but in my wife’s case, the C-section was scheduled a little earlier because she had complete placenta previa, meaning her placenta was blocking the birth canal. This is normally not a problem unless the previa turns into accreta, which means the placenta attaches to body organs and actually begins to grow into them (pretty alien-like). This can result in severe hemorrhaging and may require a partial or even a complete hysterectomy. 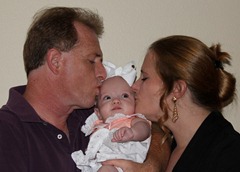 The Ronald McDonald House played a big part in making this happen. They provided food, shelter, homemade gifts from volunteers, and even cards for Valentine’s Day. We didn’t need to do anything except be there for Ireland. If not for the Ronald McDonald House, Marcee and I would have had to travel every day to see Ireland, or we would have had to sleep in the NICU to be with her. We would have gladly done either, but the Ronald McDonald House made it so we didn’t need to.
The Ronald McDonald House does this for thousands of families every hour of every day of every year.
I came up with the idea for this anthology one night while Marcee and I were in our room at RMH. We wanted to give back to the organization not only for what it was doing for us, but what it has done for families since the first Ronald McDonald House opened its doors in 1974. The organization operates strictly on donations, and the best way I could think to give back was to use my talent with words.
I knew I couldn’t do it alone, however, so I called upon some of the best names in horror fiction to help out. The response was overwhelming. With very few exceptions, every author I contacted was willing to participate. I also received stories from writers who saw the call for submissions on Dark Markets. It wasn’t long before I had more stories than I could possibly use—enough to fill two volumes of Dark Light.
I can remember where I was and at what time of the day it was when I received word from each of these fine writers that he or she would be happy to contribute. It isn’t that difficult, though. I was either at the hospital or at the Ronald McDonald House. The days and nights ran together, but each one of these authors responding that he or she would be willing to participate in Dark Light was an uplifting moment. 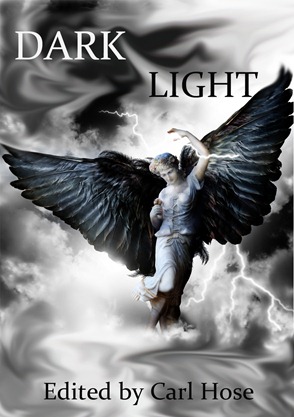 Dark Light is the light that shines through when some of the finest writers in horror use the power of their words for something good. That’s the case with this anthology—42 writers coming together to help support the Ronald McDonald House Charities and all the good the organization does for families every day of the year.
Make no mistake, though. These are horror writers and the stories they’ve written are not pretty. Traditional and non-traditional horror, dark humor, ghosts, serial killers, alternate universes, magic, zombies, and other creatures of the night hide between these pages. Shadows move and dead fingers stroke unsuspecting flesh, razor sharp knives shimmer in the moonlight, and unknown things hide in closets and under the bed. The stories here are as varied as the writers themselves. If you’re a fan of horror, you will not be let down.
Despite the horrific nature of these tales, however, their very existence in Dark Light stands as proof there will always be a light at the end of every tunnel.
Turn the lights down low and enjoy the show.
I am grateful to the 42 authors included here, as well as to those who wanted to participate but couldn’t be included. I would also like to thank ahead of time all of you who will be helping promote the book after its release (there are several commitments already). Without each of you, this project could not have been realized. Your generosity warms my heart.

For a few snippets, you can check out this link

http://innovativeonlinebooktours.com/Dark_Light_Fund_Raiser.php
a Rafflecopter giveaway
Posted by Unknown at 06:55