The Great Debate- Print vs Ebook

This is one of those topics that I tend to avoid, not because there is tons of argument on it, but because I love, love, love my print books, I would like to say that I believe the future is in print, sadly though, I don’t really think it is.

Print books are my first love, before any boy, I had my books. Print books were there for me when my life was crap and had nothing else, print books are the physical evidence of something that someone has put their blood, sweat and tears into. I will always love the print book more than my Kindle.

I do love my kindle, for different reasons than the print books, like being able to read half a book while doing my 5 miles on the treadmill. I love the ease of everything about Ebooks, not to mention that it’s the way I’ve been publishing my own books.

The fact is, I believe there is still a great future for print, I just don’t think it will ever be the same. Digital books are even making their way into libraries. I don’t know if I could ever walk into a library to borrow Ebooks. There is nothing like the feeling of leaving the library with a big stack of books and knowing you are going to have to recheck out a ton of them, but you got them anyway.

I think, not as an author, but as a lover of the written word, that we should do everything we can to preserve the life of the print book. My personal mission is that I am trying to buy a print book each payday from the list I’ve made of authors and books that I want to get.

How will you preserve the life of the print book? 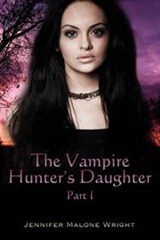 Fourteen-year-old Chloe witnesses her mother’s murder at the hands of a vampire. Before the vampire can kidnap her, there is an unexpected rescue by a group of vampire hunters. Overwhelmed by the feeling of safety, Chloe passes out and they whisk her away to their small community.

When Chloe wakes, she comes face to face with the only other living relative, besides her mother, whom she has ever met: her grandfather. Chloe’s mother kept her hidden from the family; now, Chloe tries to unveil the family secrets.

Through her grandfather, she learns her mother was a vampire hunter. In fact, her entire family is descended from the powerful bloodlines of vampire hunters. Chloe agrees to join the family she has never known for one reason only: Chloe vows to kill the vampire responsible for her mother’s murder.

With vengeance in her soul, Chloe is even more determined to follow through on her vow when she discovers the true identity of her enemy and how he is connected to her 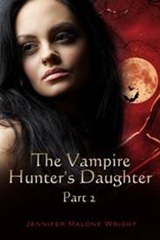 In the second installment of The Vampire Hunter’s Daughter, Chloe Kallistrate’s life has been turned upside down. After witnessing the vampire attack that left her mother dead, she's adopted by her grandfather into a community of vampire hunters. Although she is directly descended from ancient, powerful vampire hunters, the rigorous training schedule begins to break her down. All she wants, all she has ever wanted, is to be a normal teen.

Chloe finds renewed motivation from an unexpected encounter with a fledgling vampire, the first she has seen since her mother's death. Staring into the glowing red eyes of the vampire, Chloe freezes, forgetting all her training. After the vampire is vanquished by her friend and mentor, Drew, Chloe resolves to train harder, to be the best, and to kill the vampire who had her mother killed. Finally mourning her mother, Chloe allows her revenge to drive her, accepting that her life will never be normal. 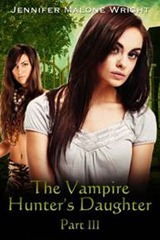 In the third installment of The Vampire Hunter’s Daughter, Chloe Kallistrate's first Christmas without her mother is difficult. As part of the grieving process she visits her mother’s grave for the first time and there, she is visited by Sostrate, the immortal demi-god from whom she is descended.

As she comes of age, Chloe is changing and developing the gifts unique to her heritage. She discovers a new power she must learn to use and control, as if being a teenager wasn't difficult enough. During this emotionally chaotic time in her life, the community is attacked, her grandfather injured and hunters are killed. After almost losing her only remaining family, Chloe questions whether her continued presence in the community will sacrifice everyone she has come to care about. 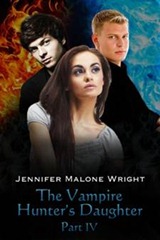 In the fourth installment of The Vampire Hunter’s Daughter, Chloe and the other vampire hunters are suffering the aftermath of the vampire attack on their community. Many hunters were injured, and loved ones were murdered. More than that, there is a loss of security and peace since the hunters' safe haven was breached and invaded. Chloe and Drew struggle just to get along and understand each other without Luke there to guide them.

During this period of uncertainty, Chloe and Drew both try to live a normal life as teenagers by going to the New Year's bash, she with Gavin and Drew with Christina, Chloe's recent rival. Chloe is, once again, reminded that nothing is 'normal' in her life any more, when she begin to show signs she's developing supernatural gifts from her father's bloodline, too.

The bash does little to lift her feelings of guilt and responsibility for the attack on the community, because she knows it's her presence there that caused the vampires to attack the hunters. This attack nearly took the life of her only remaining family member from her mother's side. She doesn't want to put anyone else she loves at risk. 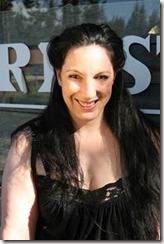 Jennifer Malone Wright resides in the beautiful mountains of northern Idaho with her husband and five children. Between the craziness of taking care of her children, whose ages range from fifteen all the way down to one year, and being a homemaker, Jennifer has little time left for herself. The time she does have left, usually leading far into the night, is spent working on freelance work or her beloved fiction.

When she grew up, Jennifer always had her nose in a book. She has been writing stories and poems since grade school. This love of the written word and her strong interest in the paranormal is what has led to her first novel “The Birth of Jaiden.”

In addition to being a mother and homemaker, Jennifer is also a very proud military wife. Moving around the country for the last eleven years has made her a bit of a nomad and she finds it difficult to be in one place for too long.