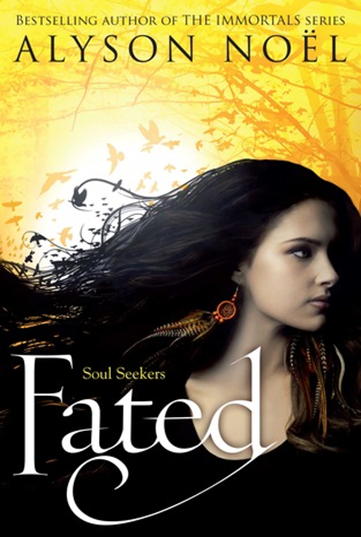 The spectacular new YA series from the phenomenally successful author of THE IMMORTALS.

Strange things have been happening to Daire Santos. Animals follow her, crows mock her, glowing people appear from nowhere. Worried that Daire's having a breakdown, her mother sends her to stay with the grandmother she's never met, who lives on the dusty plains of Enchantment, New Mexico.There Daire crosses paths with Dace, a gorgeous guy with unearthly blue eyes.

Her grandmother recognizes Daire's episodes for what they are - a call to her true destiny as a Soul Seeker, a person who can navigate between the living and the dead. Guided by her grandmother, Daire must be quick to learn how to harness her powers, because Dace's brother is an evil shape-shifter, out to steal them.

Daire must embrace her fate as a Soul Seeker and discover whether Dace is the guy she's meant to be with . . . or if he's allied with the enemy she's destined to destroy.

To participate in the blog tour please contact Tarryn Talbot.