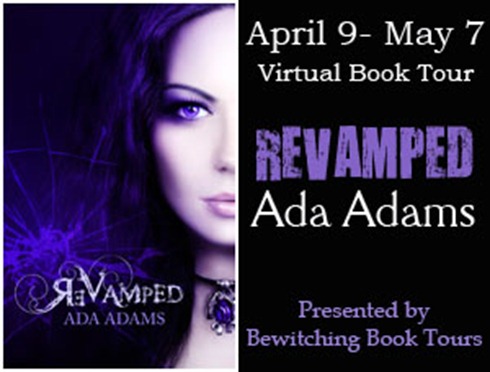 Hello! Thank you very much for having me on your blog today!

Due to certain events which occur in “ReVamped”, I sometimes feel like poor Ethan didn’t get enough TLC. After all, there were a lot of twists and turns that everyone—especially Dawn—had to deal with. Not to worry! There will be much more Ethan (and Sebastian) and a lot more romance in the sequel.

However, for now, I thought that I would share some Ethan love by showing the balcony scene from his POV. It’s just a quick scene, which would undergo a million edits if I was to include it in the actual book, but I hope you enjoy getting a glimpse into Ethan’s mind!

I paused by the sliding doors, taking a moment to drink her in. Dawn was leaning against the balcony railing, her gaze focused on something far off in the distance. The bright moon bathed her dark hair in silver, as if shining a spotlight on the only girl in the world that truly mattered.

As I approached, she spun around, her eyes widening at the sight of my bare chest.

“Does it hurt?” she asked, motioning at the bandages.

She exhaled, the tension in her shoulders dissipating.

“You saved me,” I said, moving closer. The balcony was narrow, its old, wooden platform barely large enough to contain two people.

“Actually, you’re the one who saved me,” she replied, taking a slight step back. “Without thinking, you jumped in front of an arrow that was heading my way. You’re definitely the hero tonight.”

“Still, if it wasn’t for you…” I trailed off, quickly closing the distance between us.

I wanted to be near her. To touch her. Without thinking, I placed my hand on her shoulder, and pulled her into an embrace. Her lips parted in a silent gasp, but she didn’t resist. She relaxed her body against mine, and for a brief moment, I felt like she was a part of me. Her skin was cool, but her touch radiated heat. I could feel her blood rushing through my veins, enveloping my entire body in its warmth. My wound burned and my chest felt like it was about to combust, but those particular sensations had very little to do with pain.

When we broke apart, I fought the urge to pull her back into me.

“You’re beautiful,” I said, my mind brimming with thoughts of the many ways in which she enticed me. It was much more than physical beauty that drew me to Dawn. She was strong, intelligent, and caring. Even her slight shyness was endearing.

Unable to restrain myself any longer, I slowly leaned in, bringing my lips toward hers.

“You’re under my spell!” she suddenly gasped, pulling away from me.

I chuckled, nodding. “A little bit.” More like a lot.

She shook her head. “No, I mean, you drank my blood. Sometimes, when a human drinks blood from a vampire, they can experience really strong feelings toward that vampire,” she sputtered nervously. “Back in the day, some vampires fed humans their blood just to enslave them.”

I tried to contain my laughter, but another chuckle escaped my lips.

“Do you really think you’ve put me under some vampire spell, Dawn?” I teased.

She had no clue how adorable she truly was.

She hesitated. “Just—I mean…” she exhaled, looking down.

I cupped her chin in my hand, gently lifting her face back toward mine. 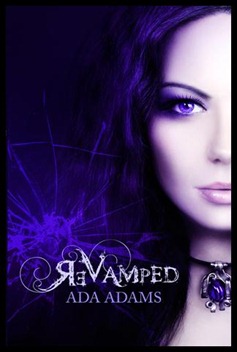 Nineteen-year-old vampire Dawn has led a sheltered life within the confines of her father’s presidential headquarters. Upon being sent on a mission to revamp four goofy misfits into guardians of a peaceful little town of Angel Creek, Dawn believes that all her dreams have finally come true. What starts off as a simple task, turns into something unexpected, changing Dawn’s life forever and leading the action-loving, thrill-seeking vampire teen on a path of mystery, danger and intrigue.
When a human girl is kidnapped by a group of rogue vamps, Dawn discovers that there is more going on in Angel Creek than meets the eye. And it all connects to Ethan, the cute newcomer who seems too perfect to be true, Sebastian, the mysterious vampire with a turbulent past, and even Dawn herself. Dawn must not only succeed in revamping the troubled recruits, but must also prevent the vampire race from being overtaken by a malevolent villain who has a strange and obsessive fascination with her. As threat escalates, romance blooms, and ghosts from her past begin to surface, Dawn is sure of only one thing: her life will never be the same. 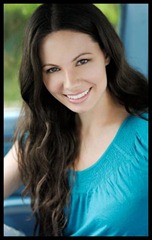 "Many people sing in the shower. I, on the other hand, write scenes in my head and act them out."

At age five, Ada read her first chapter book - Pippi Longstocking. Ever since that moment, she developed an intense passion for the stories and characters found within the pages of literature.

In her career as an actress and a writer, Ada currently spends most of her days immersed in imaginary worlds. Much like the characters she enjoys playing and writing about, Ada is a martial artist with a Black Belt in Shotokan Karate. She is also a big proponent of lifelong learning, and has attained Bachelor of Arts in Psychology (it aids in creating characters with unique quirks!) as well as a Master's of Science in Education.

Ada strives to bring a fresh voice and perspective to fiction. She has been writing creatively for many years. "ReVamped" is her debut novel.

She lives in Toronto, Canada, and enjoys adventurous nature hikes with her adorable puppies Cara and Oreo. 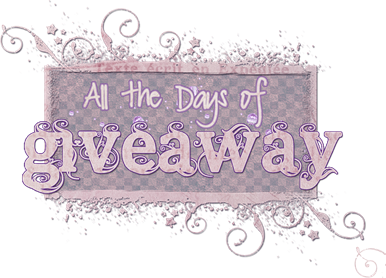 There is a Kindle copy up for grabs!  Leave a message for Ada and I will draw a random winner on 27 April 2012.