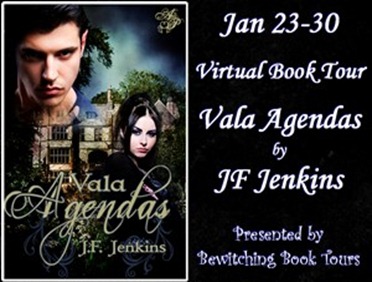 Blurb:
Cheyenne Loveless was just a boring sixteen-year-old girl. Then Denver Collins bit her and everything changed. Her plants start talking to her, she finds out she’s a Nymph, and a witch and the angel of death show up at her doorstep to take her away to the prestigious Vala School and Seminary. Oh, and she has no choice in the matter.

All she wants to do is blend in and return to being invisible, but the more time that passes, the harder that becomes. Plus she’s a daughter of the Divine, an exclusive secret society which rules the world of myth, and discovers she is a key ingredient to an ancient covenant created before she was born. A covenant that will reshape the order of the world.

Adjusting to a new school is difficult enough, but adding on everyone else’s hidden agendas is the icing on the cake. Cheyenne must learn to see through the lies in order to find her place — and possibly even love — in this new world.

“Can I help you?” she asked, shielding herself protectively
with her arms.

“Sorry, you smell good,” he murmured, practically purring
in her ear as he pulled away. He still maintained his close
proximity. 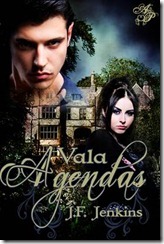 “I smell...” She frowned and was about to sniff at her arm, but she stopped herself. “…good?”

“You smell good. Kind of like lilies of the valley, actually.

Let me guess—you use that for your scented body wash?”

“I just use Dial.” Her entire body tensed more as he moved in again, his face dangerously close to her neck. “I don’t mean to be rude, and while I’m flattered you’re so fascinated with my body, you’re also making me uncomfortable. If you’re just trying to butter me up so I’ll go home with you, you should stop now, because that’s not going to happen. Back off before I make you.”

He moved away once more with a smug smirk. “I thought I smelled fire, too.” He extended his hand to her for a polite and friendly handshake. “My name is Denver. Yes, like the city in Colorado. Last name is Collins, and I’m sorry if I made you uncomfortable. I don’t usually meet someone with that kind of scent. It’s strong. I knew there was a reason I noticed you.”

Is this guy high or something? “Apology accepted. I'ʹm Cheyenne. I'ʹve seen you around school these past few weeks, but I don'ʹt think we'ʹve ever been formally introduced until now. You'ʹre new, right?” Cheyenne shook his hand nervously. He had a strong and confident shake. He seemed to be a genuinely nice person, outside of his odd behaviors. If anything, it made her look good in front of her classmates to be talking to the new cool kid, and a young, attractive male. She felt a little less like a freak.

“Do you use that line on everyone? It’s unique. A little creepy, but unique.”

“No.” He sat back and proceeded to grab a napkin off the bar and fold it in front of him multiple times. He didn'ʹt have much of an attention span, apparently. “I actually don’t pick up women often. I just made an exception for the blue--‐ eyed beauty in front of me.”

Cheyenne’s face flushed again. “I wasn’t aware you knew the color of my eyes, seeing as how you’ve been staring at my breasts the entire time.” It came out a lot harsher than she intended.

In fact, she wasn’t meaning to say it at all. “Sorry, I—” “You’re right. I was, but I remember you from earlier. I noticed your eyes when you were looking across the school yard at me.”

“You do remember that.” She shrank in her chair a little, officially wanting to hide under a rock.

J.F. Jenkins lives in Minneapolis Minnesota with her husband, son, and two cats. She graduated from Bethel University in 2006 with a degree in Media Communication with minors in both writing and film. When she is not busy writing, she spends her free time playing games, reading, and spending time with her family. 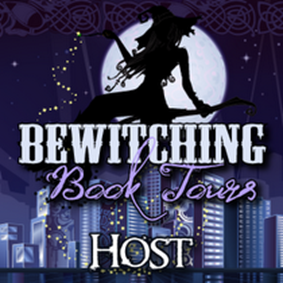