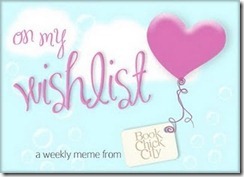 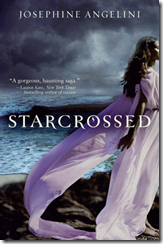 How do you defy destiny?

Helen Hamilton has spent her entire sixteen years trying to hide how different she is—no easy task on an island as small and sheltered as Nantucket. And it's getting harder. Nightmares of a desperate desert journey have Helen waking parched, only to find her sheets damaged by dirt and dust. At school she's haunted by hallucinations of three women weeping tears of blood . . . and when Helen first crosses paths with Lucas Delos, she has no way of knowing they're destined to play the leading roles in a tragedy the Fates insist on repeating throughout history.

As Helen unlocks the secrets of her ancestry, she realizes that some myths are more than just legend. But even demigod powers might not be enough to defy the forces that are both drawing her and Lucas together—and trying to tear them apart. 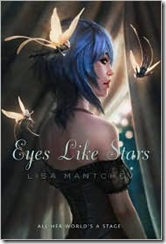 All her world’s a stage.

Bertie Shakespeare Smith is not an actress, yet she lives in a theater.

She’s not an orphan, but she has no parents.

She knows every part, but she has no lines of her own.

That is, until now.

NATE. Dashing pirate. Will do anything to protect Bertie.

Welcome to the Théâtre Illuminata, where the actors of every play ever written can be found behind the curtain. They were born to play their parts, and are bound to the Théâtre by The Book—an ancient and magical tome of scripts. Bertie is not one of them, but they are her family—and she is about to lose them all and the only home she has ever known.

Lisa Mantchev has written a debut novel that is dramatic, romantic, and witty, with an irresistible and irreverent cast of characters who are sure to enchant the audience.

In Carson City, Nevada a tragic car accident has claimed the lives of Nexi Jones' adoptive parents. Now, without them, her reason to live has vanished and she is determined to end her pain.
The problem with that, it's not heaven she wakes up to, it's the Otherworld. Nexi must reconcile the truth about her past, and her heritage as part guardian/part witch, while she begins to train to join the Council's guard. But it's not the combat training that has her worried, its attempting to keep her cool around the luscious guardian, Kyden that's her biggest concern.
Before long, Nexi's skills are put to the test as she begins to fight against the supernatural who have taken a human life. But nothing can prepare her for the journey ahead. Soon, she will find herself lost in a mystery and fighting to keep all she's gained, as Lazarus, a vampire, threatens to take it all away. 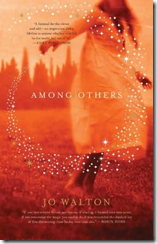 Raised by a half-mad mother who dabbled in magic, Morwenna Phelps found refuge in two worlds. As a child growing up in Wales, she played among the spirits who made their homes in industrial ruins. But her mind found freedom and promise in the science fiction novels that were her closest companions. Then her mother tried to bend the spirits to dark ends, and Mori was forced to confront her in a magical battle that left her crippled—and her twin sister dead.

Fleeing to her father whom she barely knew, Mori was sent to boarding school in England–a place all but devoid of true magic. There, outcast and alone, she tempted fate by doing magic herself, in an attempt to find a circle of like-minded friends. But her magic also drew the attention of her mother, bringing about a reckoning that could no longer be put off…

Combining elements of autobiography with flights of imagination in the manner of novels like Jonathan Lethem’s The Fortress of Solitude, this is potentially a breakout book for an author whose genius has already been hailed by peers like Kelly Link, Sarah Weinman, and Ursula K. Le Guin. 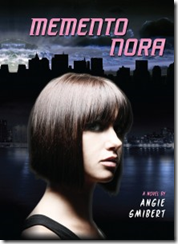 Nora, the popular girl and happy consumer, witnesses a horrific bombing on a shopping trip with her mother. In Nora’s near-future world, terrorism is so commonplace that she can pop one little white pill to forget and go on like nothing ever happened. However, when Nora makes her first trip to a Therapeutic Forgetting Clinic, she learns what her mother, a frequent forgetter, has been frequently forgetting. Nora secretly spits out the pill and holds on to her memories. The memory of the bombing as well as her mother’s secret and her budding awareness of the world outside her little clique make it increasingly difficult for Nora to cope. She turns to two new friends, each with their own reasons to remember, and together they share their experiences with their classmates through an underground comic. They soon learn, though, they can’t get away with remembering.