Blurb:  When 17 year old Lexi Lee's mother disappeared six months ago, her world was turned upside down. Just when she is coming to terms with her new, motherless life, she meets Farah, Ferdinand, and Liza, a strange group of teenagers. She quickly finds out that they are not at all what they seem.
Lexi finds that although she is human, that is only one part of what she is and people are after her for it. She has to figure out who she can trust... and fast. She learns that her mother has known the truth all along, but disappeared before she could explain things to her. She believes that she has no hope of survival if she doesn't find her mother, and trusting the wrong person to help her could prove fatal. 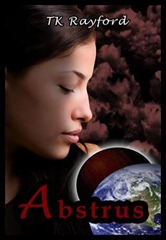 Excerpt:
I could barely make out their shapes in the dark and without the weak glint of a light hanging on the side of one of the buildings; I probably would have walked right by them without ever noticing that they had stopped. I could make out two of them kneeling in front of something, their heads hung low in concentration, while the other, which I could tell was Ferdinand because of his big frame, stood behind them as if he was protecting them. But what would he be protecting them from—me? I felt a shiver slither its way from the nape of my neck and rest in the bottom of my spine. I was convinced that the hairs on the back of my neck would have been standing on end were they not slicked to my skin by the rain. Nervously, I shifted my weight from one foot to the other while I tried to gather my wits. I stood and watched Farah and Liza kneeling and Ferdinand standing over them like a mother hawk protecting her young for what seemed like forever. There was no real reason for me to be frightened except for maybe the lack of light in the alley way between the buildings, but I couldn’t shake the quiet terror that was building in my throat and threatened to explode in a scream. It would have been an irrational scream. Wouldn’t it?

I fought back the panic and the urge to turn and get out of the alley as fast as I could. I squeezed the fabric of my jacket between my fists and worked up the courage to find my voice. It wasn’t enough courage to take a step forward though.

Liza lifted her head, which was the only indication they gave that they had even heard me speak. It seemed as if they had completely forgotten that I was following them from the theater. They were frozen in place like statues and I felt the unease creeping back. I began to pick my foot up to step back—but then Ferdinand was there. I had not seen him move but there he was, standing directly in front of me. And in the same way, his hand materialized on my shoulder, preventing me from moving backward at all.

I couldn’t tear my eyes away from Farah and Liza to even look at Ferdinand. He probably would think that I hadn’t noticed his ability to materialize at my side without taking a step. Liza glanced over at Farah, who gave a short nod of her head that I would have missed had I not been completely engrossed by the pair. She rose to her feet, as if Farah had just given her permission to do so, and much in the same way that Ferdinand did, appeared at my side. She didn’t do it as effortlessly as he had and that was only apparent in the fact that a tendril of her strawberry blonde hair fluttered in the breeze that her movement had created. Unlike Ferdinand she didn’t touch me, didn’t attempt to make eye contact or even assist him in restraining me… not that he wasn’t doing a good job of it himself. His grasp on my shoulder wasn’t hard or tight. He didn’t seem to be holding me in place with any sort of super-human strength at all. It was more as if his hand was a huge magnet and not just to my shoulder. But the very fiber of my being had all of a sudden become the magnet with the opposite pole. He held me in place not by forcing me to stand there but by making my will bend to his. I stood there because I all of a sudden wanted to. Taking that step backward had become the furthest thing from my mind.

But there was something else there too. It seemed that somewhere in me there was a strange curiosity quickly arising and that hadn’t come from Ferdinand. That was mine alone. I wanted to know what was happening around me more than I wanted to be able to break free of Ferdinand’s hold and flee the way I had come. Even more so, I wanted to know what would happen next, and I couldn’t even logically explain why.

Liza stood in front of me, eyes closed. Strange sounds began to emanate from her. It sounded like humming from a bird, but as if the bird was speaking in a foreign language. Her mouth never moved at all. It became clear that I was hearing a conversation in a strange language when the same humming, but a deeper baritone version, began to bubble up from Ferdinand. It lasted only a few seconds before silence once again fell in the little alley way. We stood in this way, Ferdinand with his hand on my shoulder and Liza eyes closed in front of me, for what seemed to be hours rather than minutes. Ferdinand’s hold on me didn’t lessen with the passing time. I was stuck in that spot as if my feet had been cemented to the wet pavement. The rain had all but stopped by now but I was beginning to experience a feeling that chilled me and not just because my jacket and jeans had finally soaked completely through. Ferdinand’s control over my want to flee and my budding curiosity had no effect on the fear that was simmering in my throat and chest and threatening to strangle me. I could feel my body struggle between my instinct to flee and the complete mesmerizing effect that he and the situation had over me. 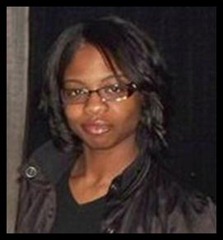 TK Rayford was born in Chicago, IL with her four siblings. She later moved to Memphis, TN. She fell in love with writing in the second grade and has been writing ever since. Her teachers would always say that she would become a great writer, but she would insist that she would be a neurosurgeon. She proved herself wrong and her teachers right when she decided to pursue her passion, which has always been writing. 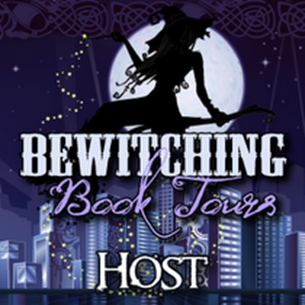