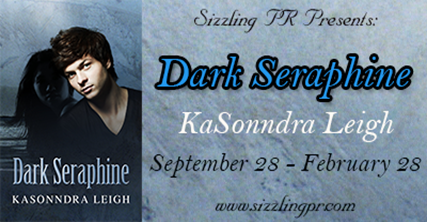 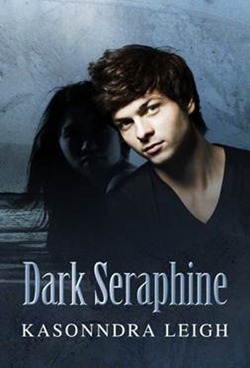 "Mom always says the angels walk among us. She forgot to tell me that sometimes they're not all fluffy and nice."

Seventeen-year-old Caleb Wood has seen people he calls the walkers since he was a baby. It didn't take long for him to realize something…no one can see these strangers but him. They never stuck around or tried to touch him. And they never said a word. That was until one day on the first day of class in his senior year when an incredibly gorgeous girl strolls into his life…and things are never the same again.

Soon Caleb realizes he has stepped into the middle of a growing conflict between two celestial races. And his ability to see the invisible ones, the half-breeds that want to modify the human race, just might be the only hope both he and the mysterious, but infuriating Gia have of making it out alive.

She holds the MFA in creative writing, and loves to play CLUE, Monopoly (the Indiana Jones version), and Pandora's Box (good writer's block therapy). She lives in an L-shaped house with a garden dedicated to her grandmother. It has a secret library complete with fairies, Venetian plastered walls, and a desk made out of clear blue glass.

There was no one in the classroom besides the two of us. To admit this girl made me feel a little shaky sounded weak. I put on a manly face, squared my shoulders, and sat in the desk behind her. The little kid in me still wanted to run away like a baby, though.

And then she laughed.

It was a high-pitched giggle, a normal girl’s sound. That wasn’t right. I don’t remember any of the other spirits laughing before.

“So you wanna run from me, huh? Go ahead. I’ll just find you like I always do, Caleb,” she said, still facing the chalk board in the front of the classroom. Her voice was smooth like a musical instrument, maybe a flute. Nah. It was more like a harp. I could listen to it all day.

But even her sexy pipes didn’t change the fact that she just read my mind. How did she do that?

“Are you going to run, or stay? I need a quick answer, because I have a lot to do today.” She turned her head to the side a bit.

“I don’t run from anything,” I said, trying to ignore the prickle in my underarms. Good thing I used my dad’s deodorant this morning. That old-timers stuff was strong enough to knock out anything.

She didn’t scare me as much as some of the other walkers, my nickname for them. But I wasn’t ready to get her digits either. As a baby, I remembered talking to a few of them. That ability disappeared sometime around my thirteenth birthday. This was the first time I spoke to one in four years.

“What are you people: angels, ghosts, or zombies?” I asked, my voice squeaking on the last syllable. What a dork.

“Can’t you be a little more creative?” She turned around in her seat to face me, an amused expression on her ridiculously gorgeous face. I sucked my breath. Her strange amber-hazel eyes pierced through me. The word beautiful didn’t do enough for this walker-girl.

“I thought I was pretty creative,” I said.

“Nope. Your ideas suck,” she said with a smug face.

“Nice. Thanks,” I said, getting annoyed.

“And I don’t sparkle in the sun, either. So scratch that one off your list too.”

I frowned. “Then tell me the right answer. And you can go ahead and explain how I won the honor of being stalked?”

“I’m a creative mix of many things. Feel better now?” She tilted her head. Blue-black hair flowed around her face as if it were made of silky thread. “So others have come before me?” She seemed to be talking to herself rather than asking me.

“Maybe,” I said. Why should I tell her everything? One thing I did know. At this rate, I was probably going to be committed to the loony ward on the first day of school.

“I’m going to need your help soon, Caleb. You have to be ready,” she whispered, her face suddenly serious. Right then, I knew my world was about to change…forever.