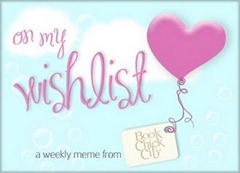 This past week I have been reading some book blogs again and I am overwelmed with all the great books I have been missing.   But I decided to stick my toes in the water again and these are the two books that have caught my attention.

I just love angel books and when I saw this cover, I had to take a closer look . . .

by Caris Roane
Kerrick is a vampire warrior on a mission—to protect powerful mortal Alison Wells as she goes through the rite of ascension, or transformation into a vampire.  But along the way, Kerrick gets caught in a feirce, forbidden attraction to the woman he been assigned to watch over.  After his beloved wife was murdered by evil blood vampires, Kerrick took vows never to get involved with a woman again, for he knows that he’ll risk her life if he gets too close.  But when a powerful army of blood vampires learns about Alison's extraordinary powers, they're determined to take her down.  Now Kerrick has no choice but shadow her where ever she goes--even if it means losing his heart for eternity.

I don’t usually read books about pixies but this one sounds too good to pass on. 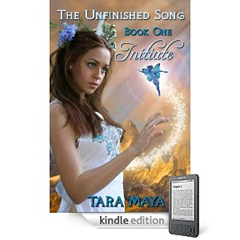 A DETERMINED GIRL...
Dindi can't do anything right, maybe because she spends more time dancing with pixies than doing her chores. Her clan hopes to marry her off and settle her down, but she dreams of becoming a Tavaedi, one of the powerful warrior-dancers whose secret magics are revealed only to those who pass a mysterious Test during the Initiation ceremony. The problem? No-one in Dindi's clan has ever passed the Test. Her grandmother died trying. But Dindi has a plan.
AN EXILED WARRIOR...
Kavio is the most powerful warrior-dancer in Faearth, but when he is exiled from the tribehold for a crime he didn't commit, he decides to shed his old life. If roving cannibals and hexers don't kill him first, this is his chance to escape the shadow of his father's wars and his mother's curse. But when he rescues a young Initiate girl, he finds himself drawn into as deadly a plot as any he left behind. He must decide whether to walk away or fight for her... assuming she would even accept the help of an exile.