Beside Still Waters by Jacqueline Lynch

Jacqueline is joining us for a chat today – she has this to say: 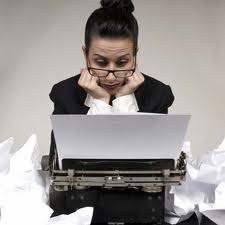 I write plays.  Several have been published and produced all over the US, Canada, and Europe.  That I am also a novelist I see as no great conflict.  Most writers are one or the other, but many dabble in different formats, partly for the fun of it, and partly for the writing discipline.  Think of it as cross training, the way athletes do to challenge their bodies.

Writing a novel, especially the first draft, is like a stroll on the beach.  You meander, let your mind wander, discovering small worlds in a tidal pool or driftwood on the dune.  It’s leisurely.  Writing a play is like a Marine hitting a beachhead.  You have no time to wander.  You hit the ground running, characters in place, setting in place, dialogue focused and to the point.  You have two hours to get in and get out.  You’re on a mission.

I should mention that writing a play is often less dangerous than being a Marine.  Depending on how nice your producer is.

Keeping the rhythm of playwriting in mind when writing a novel can sharpen dialogue and make scenes tightly focused.  Unfortunately, you cannot likewise carry over the “workshop” atmosphere of a play production to novel writing.  Even the most astute beta reader can’t compare with a group of actors, a director, and most especially, live audience reaction, to help the writer realize what worked and what didn’t.

Curiously, if you’re a writer used to working in different forms, you sometimes realize that a story fits one format better than another.  Years ago I wrote a short story about a father-daughter reunion at a Civil War re-enactor’s event.  It didn’t really gel, and it took me a while to figure out that most of story was confrontational and would suit a one-act play better than a short story.

It is now published, and has been produced as a one-act play called “Union Blues”.

For those writers who complain of writer’s block or being stuck on a piece, I would suggest playing around with a different format to prime the pump.  A challenge will ignite your imagination -- which is your most important tool as a writer.

Jacqueline T. Lynch’s novels are available as ebooks from Amazon.com, Barnes & Noble, and Smashwords. Several of her plays have been published and produced around the U.S., Canada, and one of which was 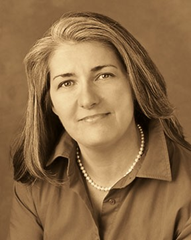 translated into Dutch and performed several times in the Netherlands. Her ONE GOOD TURN premiered as a winner of the 2011 Northern Kentucky University Y.E.S. Festival. Her one-act play IN MEMORY OF TRIXIE GAZELLE was chosen as a winner in the 2010 Nor’Eastern Playwright’s Showcase of the Vermont Actors’ Repertory Theatre in Rutland, Vermont.

Beside the Still Waters is her sixth book.

For more information, please visit her website at www.JacquelineTLynch.com

About Beside the Still Waters 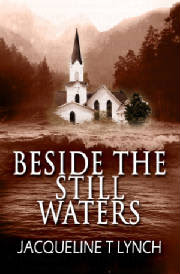 Four towns, gone. Dismantled slowly while their inhabitants grieve for a history and heritage that has been voted away from them. The present threatens; the future belongs to the fearless.

“Beside the Still Waters” is a family saga based on an actual event which displaced four entire towns in central Massachusetts for the construction of a reservoir. Today, the Quabbin Reservoir provides water for millions of citizens, primarily in the greater Boston area.

Families are divided between those who protest the construction project, those who give up and leave, and those who help to build it. The central character is Jenny, a girl who comes of age facing the extinction of her community, who becomes the guardian of her family’s heritage, and ultimately, the one to decide what happens to them.

A rift between two brothers, Eli and John Vaughn, at the turn of the 20th Century continues through to the next generation as John tries to use Jenny, Eli’s daughter, in a plot to regain the family farm from Alonzo, who now runs it, who is Jenny’s love. John is broke and eager to sell the farm to the state, which is buying up area property for the coming reservoir. Both Alonzo and Eli refuse to sell their properties, and protest removal by eminent domain. Torn between loyalty to her family and heritage, and the allure of a future beyond the valley, Jenny refuses to remain powerless like the men she loves, but looks for a way to take control. A disastrous decision may prove fatal in a race against time.